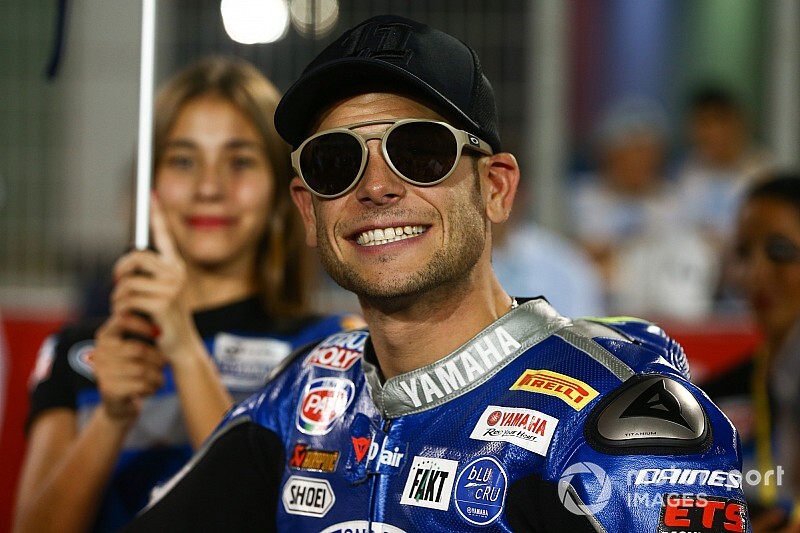 Sandro Cortese will take the place of the injured Leon Camier in this week's first World Superbike test of the 2020 season at Jerez.

Barni Ducati signing Camier was forced to miss the final test of 2019, also held at Jerez, after injuring his shoulder in a fall during the preceding test at Aragon.

He then underwent surgery in the final week of December, for the second time this year.

Now the Barni squad has announced that Cortese, who was left without a ride when he was dropped by the GRT Yamaha team for 2020, will replace Camier for this week's two-day test at Jerez, which kicks off on Wednesday.

With the Portimao test following just a few days later on January 26-27, Cortese may also end up replacing Camier for that test as well, although a decision has not been taken yet.

Barni Racing boss Marco Barnabo commented: “Our priority at this stage of the season is to develop the new bike, trying to arrive in Australia with a high performance bike.

"That's why we took the opportunity to give the Ducati Panigale V4 R to a fast and experienced rider like Cortese, who is currently free. I'm sure that during the two days at Jerez, Sandro will be able to give us a good point of view.

“It's only at the end of the two days in Spain that we'll decide what to do in Portimao; riding with Camier obviously remains our priority and his recovery is progressing faster than expected.

"Leon would like to take part in the tests at Portimao, but we must not get caught up in the frenzy and carefully evaluate benefits and risks."

Following the Portimao test, the final pre-season track action will take place at Phillip Island on February 24-25, ahead of the season opener on February 28-March 1.