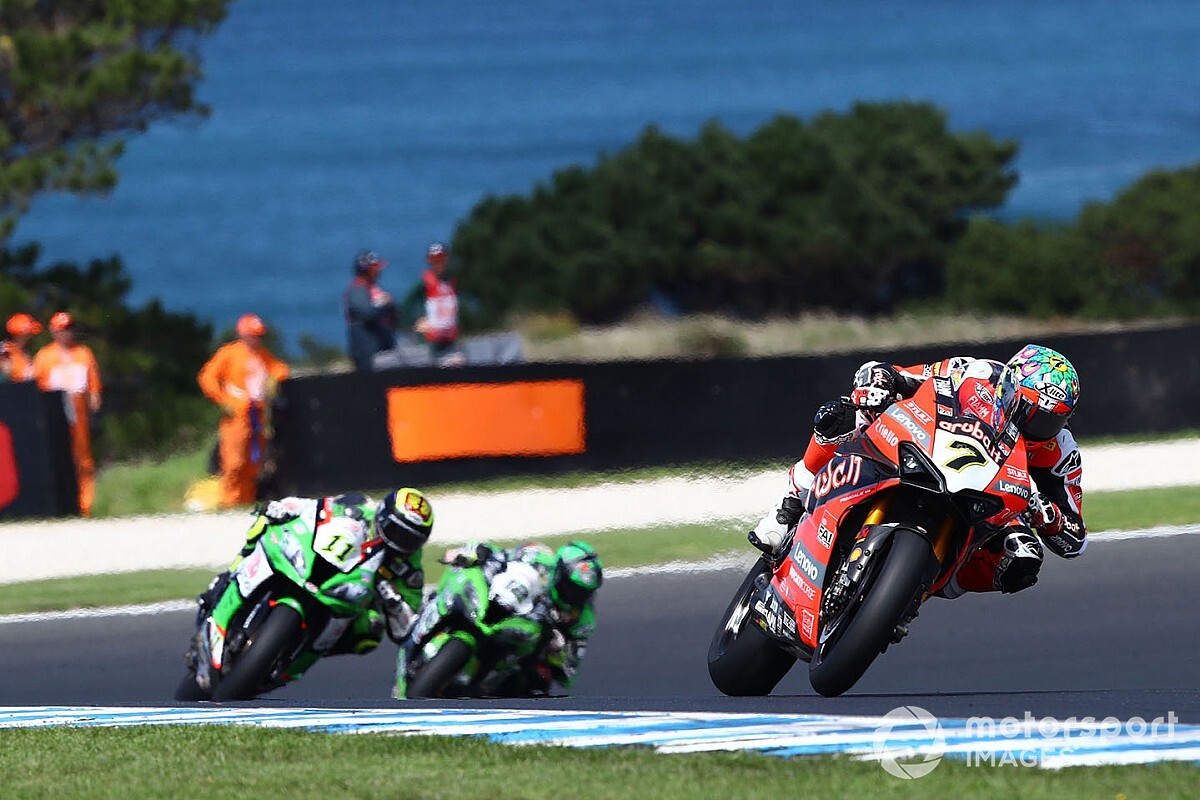 Melandri and Davies were partners at the factory Ducati outfit in 2017 and '18, but Melandri lost his ride to MotoGP convert Alvaro Bautista in 2019 as the Italian marque replaced the two-cylinder Panigale R with the all-new V4 R.

The bike won the first 11 races of the season in the hands of Bautista, although the Spaniard went on to lose the title to Kawasaki's Jonathan Rea after sacrificing the championship lead with a series of crashes in the middle of the season.

Davies on the other hand suffered a much tougher campaign, coming away with a sole victory at Laguna Seca on his way to a distant sixth in the standings.

Former 250cc champion and MotoGP race winner Melandri, who retired following a disappointing season riding for GRT Yamaha in 2019, says he predicted Davies would struggle and that he would have suffered fewer falls than his replacement Bautista.

"I think that bike [the V4 R] was perfect for my riding style," Melandri told Motorsport.com. "You need a clean and precise riding style instead of being aggressive like Davies. But Ducati's plans were different, they had already made another choice for economic reasons.

"Maybe I would have been a little slower than Bautista, but I definitely would have crashed less.

"With an advantage like his, he could only lose the championship, as I said from the first race, and so he did. Just as I had mentioned what I thought Chaz's difficulties would be.

"After so many years riding a V2 with a very particular type of engine management, in my opinion he [Davies] was not suitable for the V4 and so it proved."

Ducati sporting director Paolo Ciabatti expressed confidence that Davies would be able to recover to the form that took him to 25 wins on the V2 between 2015 and '18, pointing out how much Bautista benefitted from his familiarity with Ducati's MotoGP machinery.

"Alvaro immediately found a magical feeling, I believe due to his [smaller] stature, riding style and experience in MotoGP," Ciabatti told Motorsport.com.

"The Panigale V4 R is conceptually derived from the Desmosedici [MotoGP bike]. The engine is derived from the MotoGP project, so he found himself riding the bike very naturally and required very few set-up changes.

"This bike has to be ridden in a very different way than a twin-cylinder bike, so people who were used to that bike like Chaz had more difficulty. Last year he scored a great victory at Laguna Seca, but it is clear that it is not enough for him or for us.

"We have understood what needs to be done and what he needs to do to find this feeling that he hadn't found last year."