The two works Ducati riders almost came to blows at the start of the Saturday race at the Portuguese track as Davies dived to the inside, forcing Bautista to sit up and avoid a crash and dropping the erstwhile points leader well down the order.

After recovering to finish sixth, Bautista quipped with reference to Davies' lunge: "With teammates like that, I don't need more enemies."

But Davies, who finished the race second behind Kawasaki rider Jonathan Rea, said the following day that he was unimpressed by his teammate's remarks.

"It was quite a strong comment," said Davies. "I think he’s made bigger mistakes than me at the first corner in the past, I’ve seen a couple of incidents where he’s taken riders out of races.

"I understand he’s a little annoyed, but the fact is I didn’t touch him at all, and I made the apex. It wasn’t like I was blowing through Turn 1 in a reckless move and hitting riders.

"From what I’ve seen, Alvaro is a little timid on the first lap; we saw that in both races [on Sunday]. I think that may be more to do with it. I think it was a slight overreaction on his part.

"I sat him up, and I disturbed him, but if it was another rider in his position, I don’t think they would have sat up as much."

Davies went on to point out his teammate hadn't been critical of Toprak Razgatlioglu after the Puccetti Kawasaki rider's aggressive Turn 1 move in the Superpole Race at Laguna Seca caused Bautista to crash and injure his shoulder.

"At Laguna it was quite a harsh move [by Razgatlioglu], which was quite a big deal because he ended up crashing," underlined Davies.

"But I didn’t see [him make] the same comments [that he did] about me [here], comparing the two incidents. I felt like Laguna was way worse an incident." 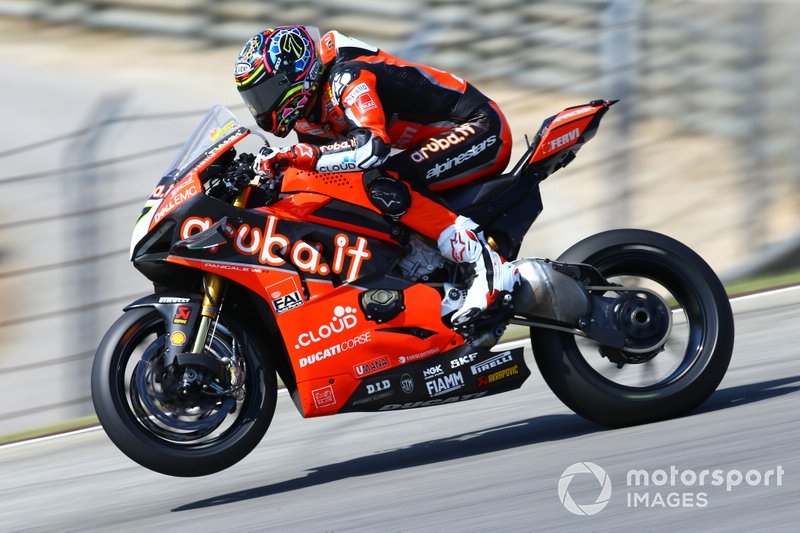 After finishing second in the opener, Davies endured a difficult pair of Sunday races at Portimao, ending up 10th in the Superpole Race and then a lowly 16th in the finale.

The Welshman explained that a broken gear shifter was the cause for his lowly finish in the second full-distance race of the weekend, although he admitted he was also hamstrung by "wrong turns" with the set-up of his Panigale V4 R bike.

"It didn’t give me the same feedback as [Saturday]," he said. "In hindsight maybe we should have stuck with what we had, but we’re still learning."

With three rounds to go, Davies lies seventh in the riders' standings, almost 200 points down on Bautista, but only 45 points away from Yamaha's Alex Lowes in third.

Asked if he could still target third in the points behind Rea and Bautista, Davies replied: "I’m not even looking. If it comes to me, it comes to me.

"My goal is just to be competitive on the remaining circuits to the end of the year. If we lose points with technical [problems] and bad races, then so be it. It was really good to have that podium here [on Saturday] and prove we’re on the right track." 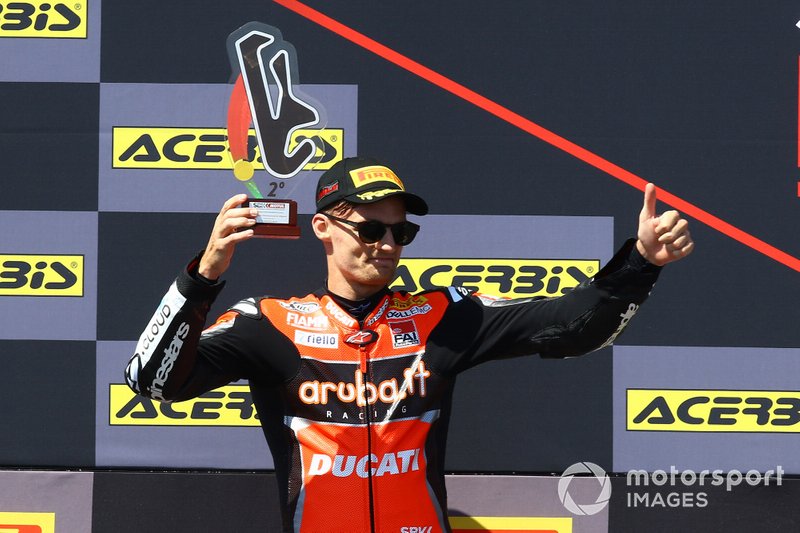