Pirro, a three-time champion in the Italian Superbike series, will ride a second Barni Racing-entered V4 R for his home WSBK round on June 22-23.

It will be his first appearance in the series since 2015, when he contested the Jerez round as an injury stand-in for then-factory Ducati rider Davide Giugliano.

"After many years full of success in CIV [Italian Superbike], I am very happy with the opportunity that Barni Racing Team was able to create, allowing me to be on track in a very competitive and prestigious championship as WSBK," commented Pirro.

"The Ducati Panigale V4 R has proven to have great potential and I will try to give my contribution to improve the bike, giving the maximum both on the track and in the work with mechanics.

"It will be not an easy race because the level of riders is very high, but my goal is to get the best possible result."

The Misano round will mark the first time the Barni squad, which currently runs a solo V4 R for Michael Ruben Rinaldi, will have run two bikes in WSBK.

Pirro currently leads the Italian Superbike standings, having won all four races of the series so far this year, and also finished seventh in his first MotoGP outing of the year for Ducati (pictured below) last weekend at Mugello.

The 32-year-old is scheduled to make further grand prix appearances at both Misano and Valencia, mirroring his 2018 schedule. 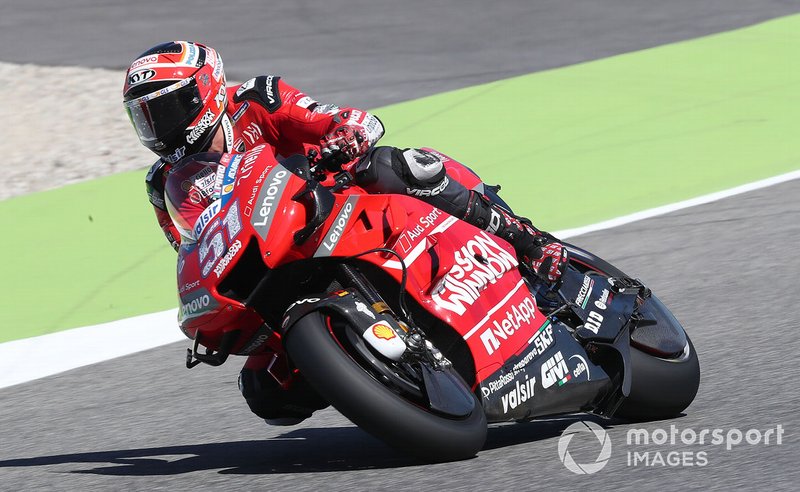 Bautista was hampered by fractured vertebra at Imola

Honda is poised to continue with both Iker Lecuona and Xavi Vierge for a second season in the World Superbike Championship in 2023, with the team ruling out freeing up a space to accommodate MotoGP rider Takaaki Nakagami.

Scott Redding says he won't be afraid to ride aggressively against this year's World Superbike title contenders for the rest of the season after a particularly tough battle against Toprak Razgatlioglu at Most.

Michael Ruben Rinaldi had dismissed suggestions he could be in danger of losing his Ducati World Superbike ride to ex-MotoGP racer Danilo Petrucci next year.

Tom Sykes is eyeing a return to the World Superbike Championship next year and the Puccetti Kawasaki team could emerge as the most likely destination for the 2013 title winner.