Mercado suffered a crash on the opening lap of the Superpole race after a coming together with BMW Tom Sykes, and sat out the day's second full-length race as a result.

The Argentinian rider is set to return at the following round at Barcelona.

Motocorsa team manager Lorenzo Mauri said: "I know very well that he [Mercado] wanted to take part in the entire weekend, but my fear is primarily his health.

"I don’t want to risk compromising next weekend by straining his left ankle; I prefer to stop it now and return it to 100 percent in the next round on the track in Barcelona where we will continue the work done so far.

"Tati will return to Italy to begin the necessary medical treatments and treatments to ensure his complete recovery."

Mercado's best result of the 2020 season so far has been a 10th place in Portimao, and he lies 18th in the riders' standings having also missed the Phillip Island opener.

Ferrari kicked off his MotoE title defence in Jerez in July with a second-place finish, but crashed out of the following race at the same track and lies sixth in the standings. 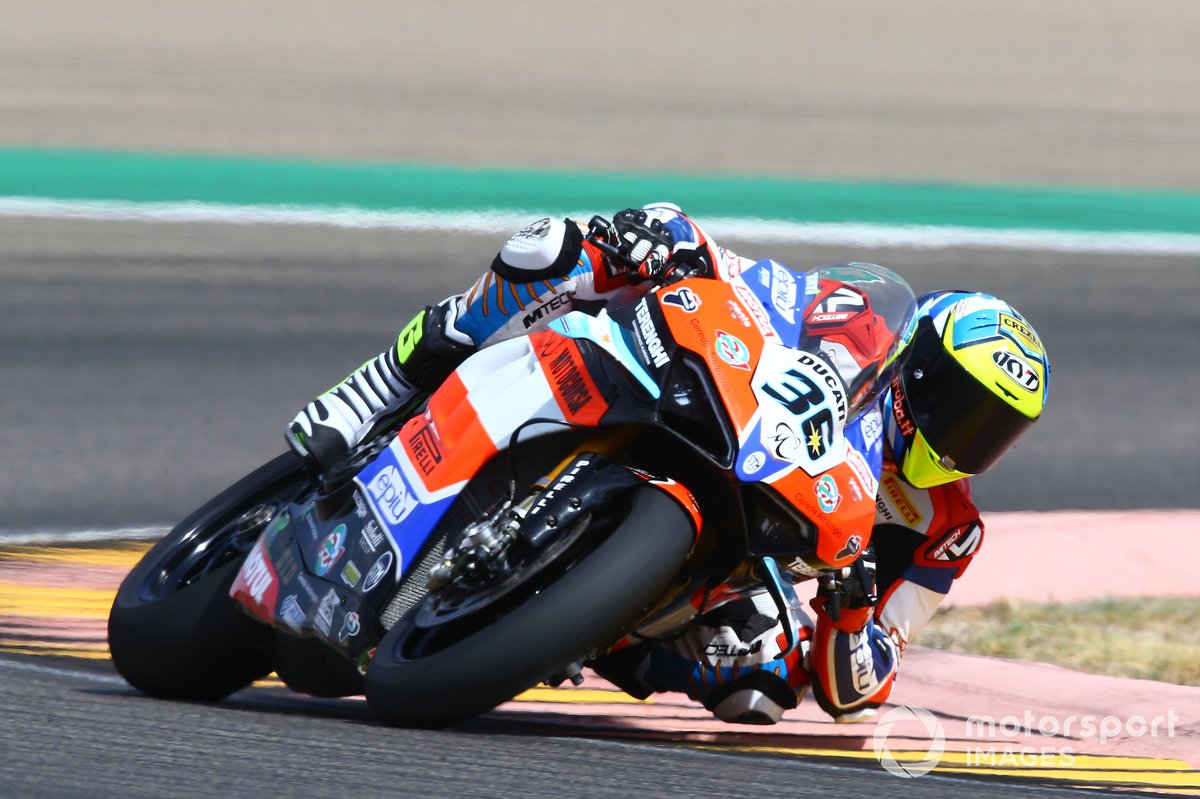