Gerloff recorded his second rostrum finish of the season on July 4, finishing runner-up to the factory Yamaha of Toprak Razgatlioglu in the final race of the British WSBK weekend.

The American rider jumped from fifth to fourth on the opening lap of the race before clearing the BMW of Tom Sykes to move up to third. That became second when Kawasaki’s Jonathan Rea crashed out on lap 11 after battling with Razgatlioglu for the lead.

This was Gerloff's fifth podium finish in his WSBK and has allowed him to cement his position as the top satellite rider in standings in sixth, three places ahead of GoEleven Ducati’s Chaz Davies.

Asked for his thoughts after equalling his career-best result in the series, Gerloff said: “It feels awesome to be on the podium for the fourth of July and feels even better to be up here.

“This is for my team, the GRT team. They work so hard and they have so much passion for racing and what we do and I’ve been trying my best to repay a little bit by being on the [podium] box - which hasn’t happened as often as I would have liked this year.

“So it feels really nice to get second, which I didn’t realise was my best [full-distance] race finish, so that’s cool. All in all, the best way to end the weekend.” 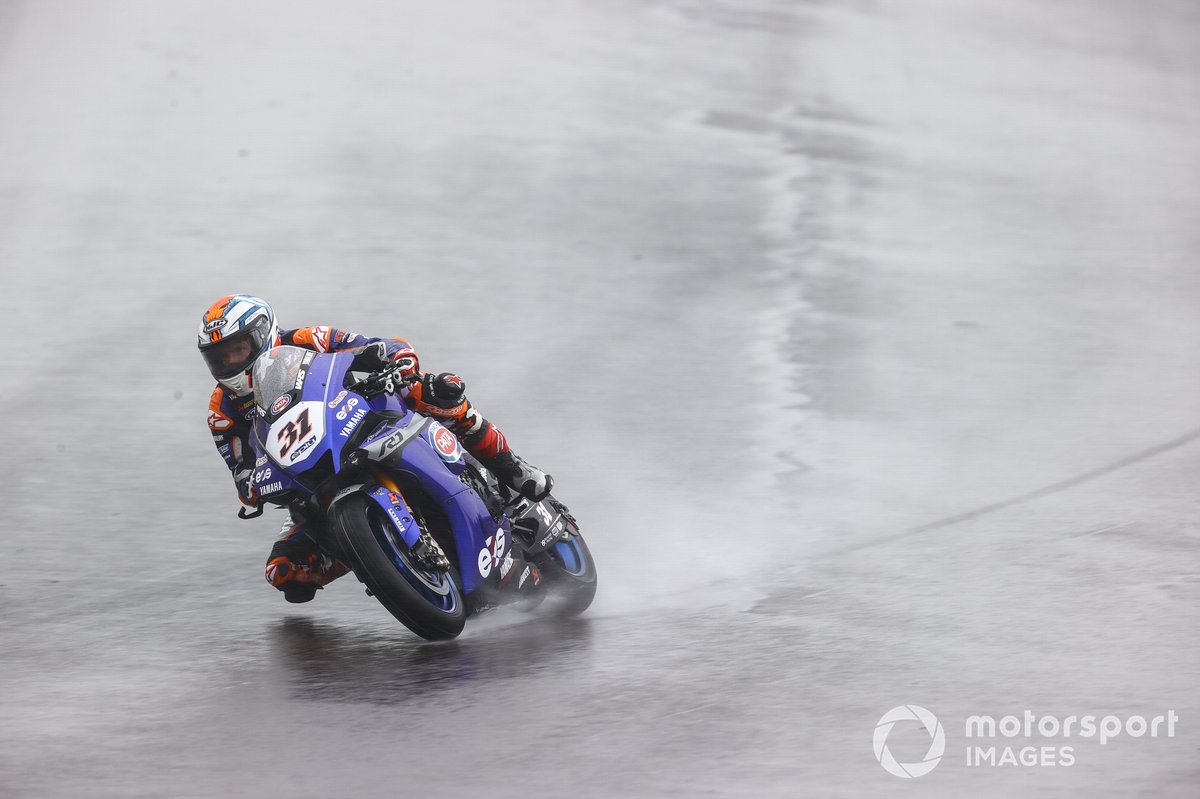 Gerloff had moved up to third position in the opening race of the weekend when he crashed at Goddards, becoming a victim to the tricky wet conditions prevailing at Donington.

The 25-year-old said that he had to move on from the incident and hit the reset button, while admitting that drier conditions on Sunday played in his favour.

“I got it in third place and I threw away a podium - and it’s the most frustrating [thing],” he said.

“But I kind of had to put it behind me and start over and it was nice to at least maintain my position in the Superpole race [fifth].

“I kind of felt good with the bike and then it was awesome that the rain held off for the last minute because it was looking like it was definitely coming - on the weather app and in the sky a little bit and for it to hold off was better for me.

Just a week prior to the Donington WSBK round, Gerloff made his MotoGP race debut at Assen, replacing an injured Franco Morbidelli at Petronas SRT and finishing just outside the points in 17th place.

But the Texan expects Assen to feel completely different on the Yamaha R1 when WSBK visits the Dutch track later this month for the fifth round of the championship.

“Luckily I got some experience early but the track is amazing and I know it’s going to feel completely different on a superbike,” he said of Assen.

“But at least I know where to go left and where to go right and I feel like it’s going to be nice to go there on a superbike.

“It was a challenge on a GP bike so there was a learning curve there. But to go back there on a bike that I know, my Yamaha R1, I think it should be a good weekend and it’s a fun track, I can’t wait to go back.”