Guintoli Q&A: Yamaha can fight up front from the start 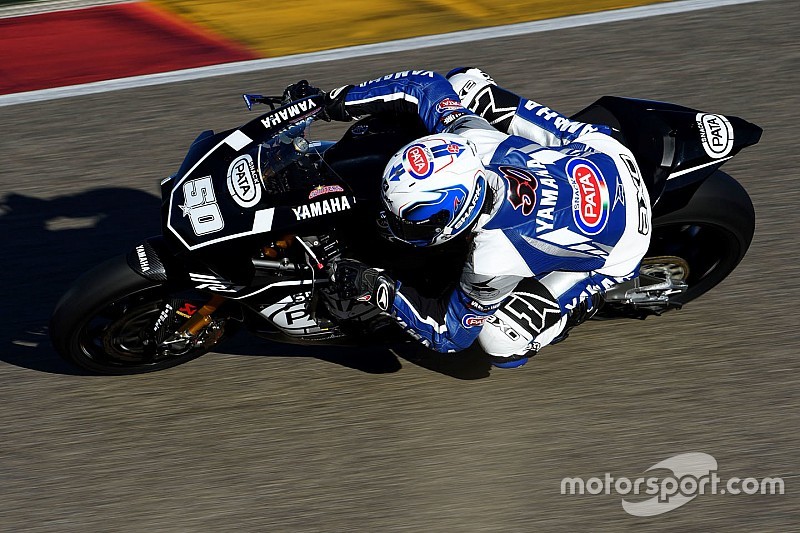 Former World Superbike champion Sylvain Guintoli says the returning Yamaha factory team can expect to fight at the front of the field from the first race next season.

After conquering the British Superbike championship and the Suzuka 8 Hours this year, the new Yamaha YZF-R1 will make its debut on the world stage in 2016, with Guintoli joining Suzuki convert Alex Lowes at the works-backed Crescent Racing squad.

While Yamaha didn't use transponders during post-season testing, the Japanese marque's bikes were said to already be close to the pace - and Guintoli told Motorsport.com in an exclusive Q&A that he has high expectations for 2016 based on his first impressions of his new mount.

How does the Yamaha compare to the Aprilia and the Honda in testing?

At the moment, the Yamaha is still a very new motorcycle. The first tests were carried out with virtually standard settings, so for now it is very difficult to make a comparison between the bikes, especially because our R1 will change a lot in the coming months.

The Aprilia and the Honda are bikes that are coming towards the end of their development cycles, while the Yamaha is near the beginning.

What are the main strengths of the new R1?

The first thing that strikes you with the bike is the chassis, which is amazing. The second aspect that was noticeable from the first test is the very fluid power provided by the engine.

What are the main development priorities for now?

In testing, our attention was focused on electronics, the power of the engine and its distribution. We also plan to work on the chassis, even though it’s already very good, and rider positioning.

Rumour has it Yamaha is already very close to Kawasaki in terms of pace... is this really the case?

What I can say is that the basic version of the Yamaha YZF-R1 is already fantastic. During the first tests, our lap times were faster than what we expected, but we still have much to improve. It’s very important not to underestimate our opponents.

Where do you expect to finish the first race?

Frankly, I have no idea. Given the fact it’s a completely new motorcycle, to finish in the top five would be a fantastic result, but I have the feeling that we can do much better than that…