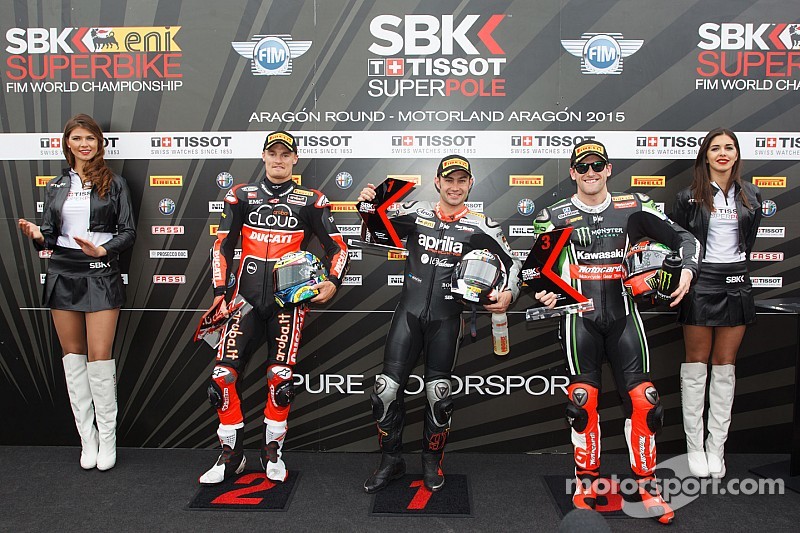 The Aprilia rider to be joined on the front row by fellow Britons Davies and Sykes.

Leon Haslam (Aprilia Racing Team – Red Devils) will start tomorrow’s two WorldSBK races of the third round of the eni FIM Superbike World Championship from Pole Position. A lap time of 1.49.664s, the fastest of the weekend so far and the quickest ever for a superbike on the new MotorLand Aragon configuration, left the Englishman 0.033s ahead of his nearest rivals Chaz Davies (Aruba.it Racing - Ducati Superbike Team), with Tom Sykes (Kawasaki Racing Team) who will join him on the front row. For Haslam this is his first Pole Position since Phillip Island in 2010 and only the second of his career.

Five manufacturers inside the top-10

Earlier, Badovini and Lowes were the two riders to progress from Superpole 1 into the final 15-minute shoot-out, as reigning Champion Sylvain Guintoli (Pata Honda World Superbike Team) and Randy de Puniet (Voltcom Crescent Suzuki) missed out on one of the top two places available, the pair qualifying 14th and 19th respectively.

Provisional pole for Davies and the Aruba.it Racing at Assen