Kawasaki World Superbike rider Leon Haslam has admitted he is suffering similar issues to his predecessor Tom Sykes this season with braking.

After a promising start to his Kawasaki tenure at Phillip Island, where he scored two podiums, Haslam has consistently struggled to match teammate Jonathan Rea in the last four rounds.

Following last weekend's Imola round, where Rea took his first wins of the year and Haslam came away with a fifth and a sixth, the reigning British Superbike champion lies fifth in the points, behind both factory Yamaha riders and more than 100 points adrift of Rea.

Explaining the problems he has faced in detail, Haslam said he has been having trouble adapting his style of braking to the Kawasaki, and that the problem was particularly pronounced at Imola compared to previous circuits.

He added his issues are "exactly the same" as the ones faced by Sykes, who left Kawasaki at the end of last season to join the new factory BMW effort.

"I can’t pass," said Haslam. "That’s been my biggest issue throughout this year. Jonny is stopping the bike better than me, a bit earlier than me, to help the way the engine braking works.

"The pace is good enough for the podium, but I can’t get on the podium if I can’t pass people.

"For me it’s a big learning curve, how to work with this bike and changing my riding style. At this track it’s 90 percent of the corners [that require hard braking], other tracks it’s 50/50.

"If you look at the past four years at Tom, he had exactly the same problems, so it is a style.

"I’m trying to change it, but I can’t quite do it just yet. At some tracks it’s not an issue, but this track with six heavy braking zones, it’s an issue."

Haslam said he wasn't unduly concerned by the disparity between himself and Rea, as he says the four-time champion has been able to mould the ZX-10RR around his specific needs over the course of the last four seasons.

"He’s been on the bike four years," said Haslam of his teammate. "It’s taken four years for him to be that good. I’m getting frustrated because I’m not maximising my riding style on the bike, but I’ve had five rounds. He’s had four years.

"The rest of the situation, I’m quite happy with where we are. But we have a major thing I need to adapt to, or the bike needs to adapt to me. At the minute that’s one issue we need to solve."

Haslam was also asked about Puccetti Kawasaki rider Toprak Razgatlioglu's performances in Imola, as the Turkish rider finished third in the opening race of the weekend behind Rea and Alvaro Bautista, scoring his first podium of the season.

Razgatiloglu has been linked to a factory Kawasaki ride as early as 2020, but Haslam, who is only on a one-year deal with KRT, insists he is not worried about the threat.

"If he starts making podiums and beating me in the championship, then he deserves [the factory ride]," he said. "But for a one-off race where I have a problem, I’ll carry on doing what I’m doing." 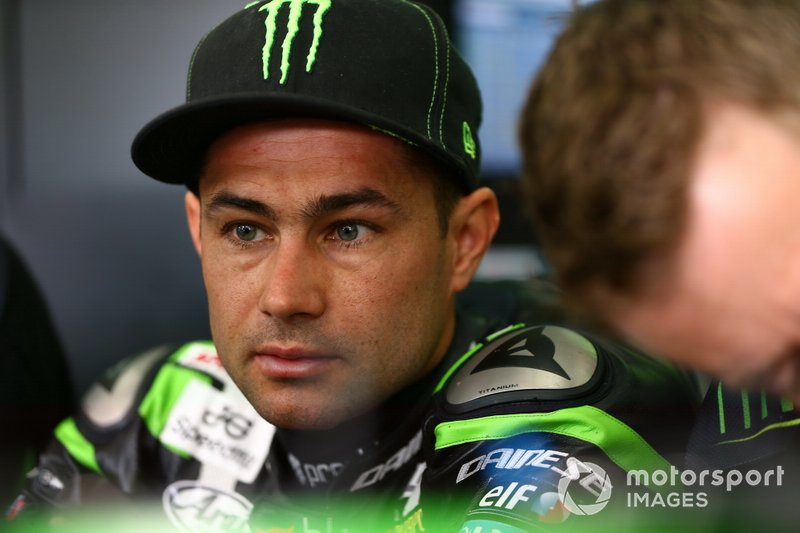