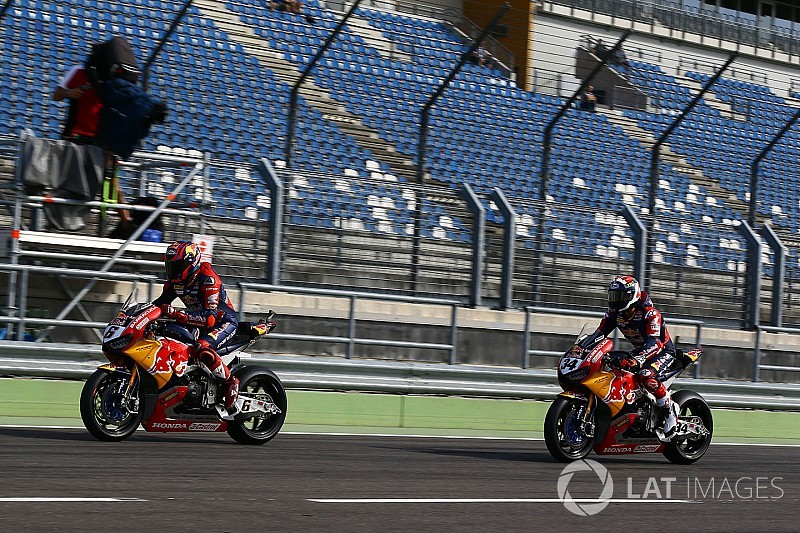 Honda has announced that Takumi Takahashi will join its factory World Superbike squad for the Portimao and Jerez rounds of the series.

Despite the fact Takahashi has never raced in WSBK, he has considerable experience of Honda's Fireblade from both the All-Japan Superbike series and the Suzuka 8 Hours endurance race.

Now he joins Stefan Bradl at the Honda Ten Kate team for next weekend's Portimao round of the global series, taking the place of ex-Ducati man Davide Giugliano, who filled the seat vacated by the late Nicky Hayden at Lausitz.

Takahashi will then return next month for Jerez after skipping the Magny-Cours WSBK round, which clashes with the Okayama event of the All-Japan championship.

The 27-year-old currently lies second in the All-Japan Superbike points behind Suzuka rider Takuya Tsuda, who made a one-off appearance in MotoGP in Jerez this season in place of Alex Rins.

Three-time Suzuka 8 Hour winner Takahashi made his one and only MotoGP start two years ago on home turf at Motegi on a works Honda, finishing 12th.