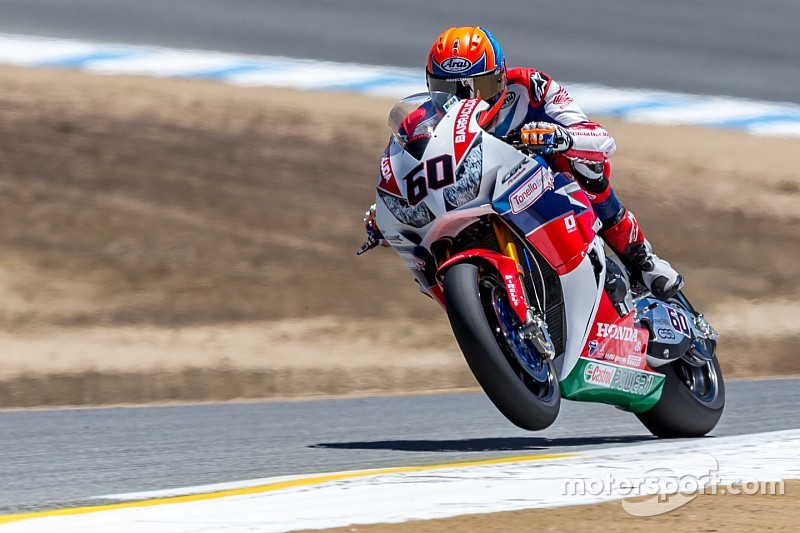 Van der Mark, 23, is to partner team regular Alex Lowes, with 2014 champion Sylvain Guintoli set to leave the Crescent-run squad having been sidelined with injury for much of this year's campaign.

The move officially ends van der Mark's lengthy association with Honda, his two major titles so far - the 2012 European Superstock 600 crown and the 2014 Supersport World Championship - having both come aboard the Japanese marque's machinery.

The Dutchman joined Honda's factory World Superbikes team in 2015 and has racked up eight podiums, his exit confirmed earlier this year when Honda named MotoGP convert Stefan Bradl as Nicky Hayden's teammate in 2017.

"I could see the potential of the R1 during its first World Superbike season this year and I'm convinced that with further development and the full support of Yamaha and the team I will have the right package to fight for the World Superbike title next year.

"It is never an easy decision to leave a team and a manufacturer after so many years and successes, I will always remain grateful for the support received and I will give my maximum for the remainder of this season to get as many podiums as possible."

Yamaha's return season in World Superbikes has been a trying one so far, with three fifth-place finishes - shared between Lowes and Guintoli - standing as the best result for the YZF-R1 bike.

Following Guintoli's injury at Imola, his bike has been raced by MotoAmerica star Cameron Beaubier and Niccolo Canepa, although he is expected to return for the next round at Lausitz.

Giugliano: Puccetti WSBK move is the "option I prefer"