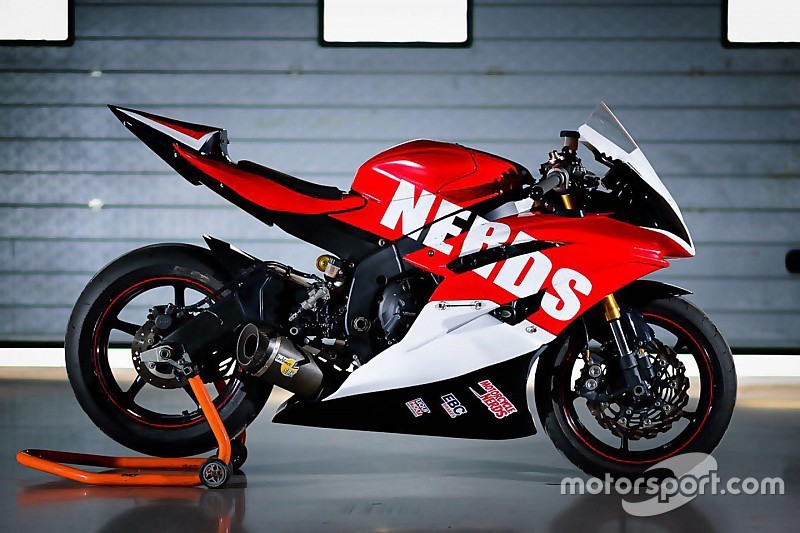 Indian squad Nerds Racing will join the FIM Supersport World Championship in 2018, it has been announced.

Owned by racer Vafi Khan and based in Dubai, Nerds Racing will field two Yamaha R6s in the World Superbike Championship-supporting series next year. The squad is yet to reveal its line-up but has stated its intention to hire two “world-class riders.”

“At last we can reveal to the world what we have been working on for many months now,” Khan said during the team announcement.

“Being a keen rider and competitor myself, the team and I are really excited to see how we can make our mark next season. We are looking forward to taking the highly competitive Yamaha R6 and fighting for podiums."

Team manager Garry Reynders added: “I’m really excited for 2018. What Vafi has been able to pull together in these few months has been amazing and I’m looking forward to leading the team.

“The whole team are excited to be running the R6, we have put together what we think is a really competitive package that our riders will have faith in.”

Nerd Racing will become only the second Indian outfit to take part in WSS after Mahi Racing, which competed for two races in 2012 ahead of a full-season entry in ‘13. The squad, owned by Indian cricketer Mahendra Singh Dhoni, folded the following year due to lack of funds.

Lausitz WSBK: Davies does the double from ninth