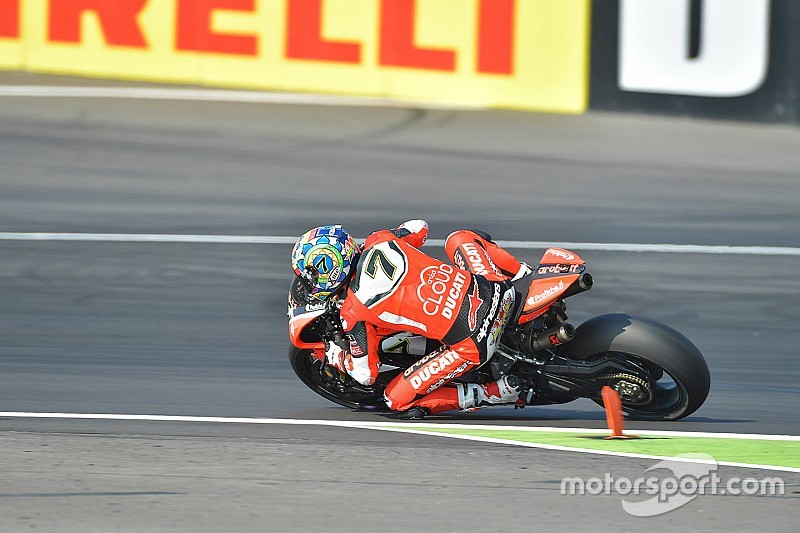 Chaz Davies dominated the first Lausitzring World Superbike race, which saw Jonathan Rea lose 20 points from his championship lead due to a crash.

Davies led the field off the line and rapidly pulled away from Tom Sykes to lead by three seconds in just four laps and eventually win by over 10 seconds.

Unable to keep up, Sykes had to switch his attention to the closely following Rea, who was third after starting from sixth on the grid, and Lorenzo Savadori.

However, Sykes soon lost both of his chasers as first Rea crashed on Lap 7, seemingly due to a downshifting problem, and Savadori's bike stopped next time around.

Hayden inherited third and although he managed to close the gap behind Sykes to less than a second, he did not challenge the Briton.

Giugliano only took seventh after being overtaken by several bikes in the early stages.

Yamaha duo Alex Lowes and Sylvain Guintoli took eighth and ninth respectively as the top 10 was completed by Xavi Fores.

Having scored 20 points with second, Sykes is 26 points behind Rea in the standings.