Kawasaki rider Alex Lowes says he continues to be hamstrung by the after-effects of previous World Superbike crashes, having admitted to taking painkillers at Most last weekend.

Lowes endured another low-key showing on WSBK’s return to the Czech Republic, finishing 13th, seventh and sixth across the three races and scoring just 16 points all weekend.

The British rider started the season strongly with a triple podium at Aragon, but has made only one trip to the rostrum since then, falling well adrift of the leading trio in the championship.

This has played a role in Kawasaki losing the manufacturers’ lead to Japanese rival Yamaha at Most, not helped by crashes at Donington Park and Most for teammate Jonathan Rea.

At the start of the year, Lowes injured his shoulder in a training accident, forcing him to miss a key pre-season test with Kawasaki. He was also involved in two separate crashes at Donington Park and Assen last month, further taking a toll on his physical condition.

Speaking after WSBK’s first visit to Autodrom Most, Lowes admitted that he doesn’t feel a hundred percent fit on the bike, and this has had a negative impact on his results in the category.

“In the first few laps I felt quite good, I was able to follow the front group,” said Lowes, reflecting on his final race of the weekend. “Then obviously the second half was not quite as easy for me. I have some restrictions in myself and I can't ride like I want.

“This track was a physical track and not an easy one for Kawasaki, we saw how hard Johnny [Rea] was [having] to push.

“This [weekend] has been tough but I started the year strong, and honestly then the last three rounds I've felt like I've had some restrictions.

”This race today honestly I was so happy because I had some painkillers before the race which I don't normally have. For the first three or four laps, I could ride properly.

“It's the first time I touched my right elbow slightly [on the ground] and I was like 'ah, what happened?' because I was in the correct position.

“And when this was happening, I was at the same pace as, let's say, normal pace. And then I started to struggle. It was nice for me because it proves that 'okay, I have some restrictions, I have to accept that and work hard to work better'.” 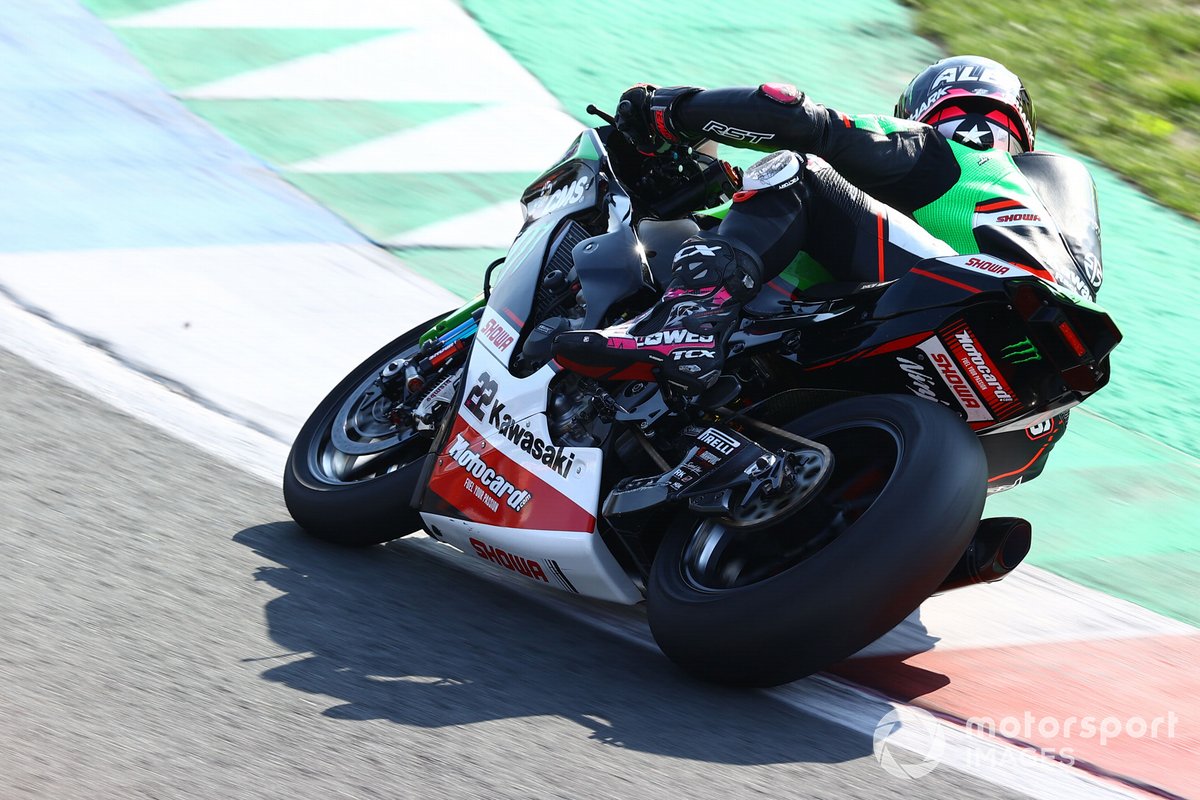 Lowes feels factory riders are punished more on weekends where they are off the pace, such is the depth of the field in WSBK in 2021.

The 30-year-old believes he has dropped into the midfield alongside runners from BMW and Honda, and no longer considers himself as part of the lead group.

“I feel like I'm riding good enough to be on the podium but I'm not able to do it at the minute,” he said. "It's not just because of the bike, but it's also clear the other bikes are improving a lot and we have to work hard.

“But the guys [at Kawasaki] have won the championship a lot because they are quite good and we are going to keep improving.

“It's so tight now in World Superbike, like Chaz [Davies] has been on the podium this year and then in the next race he is in 15th place.

“It never used to be like that in World Superbike. If you had a bad weekend and you're one of the top guys, you'd be sixth or seventh.

“But now it's not like that. You can be on a factory bike, riding well and finishing 11th. The championship is changing for the better, that's great. But if you're not quite on the pace, it's easy to be between fifth and 12th and the battle is quite close.

"So it's easy to be in that group and at the minute with the restrictions that I have, I have dropped into that group.”

Lowes currently sits fourth in the championship behind the leading trio of Rea, Toprak Razgatlioglu (Yamaha) and Scott Redding (Ducati), but with five riders sitting less than 22 points behind him in the standings.

“My target for this year was to be in the top three,” said Lowes when asked about his expectations for the second half of the season. “Obviously now I'm quite far so I'll try to be back on the podium as much as possible, and that's my target.”

Rea has "no regrets" about WSBK title loss to Razgatlioglu