Yamaha rider Alex Lowes kicked off 2019 World Superbike pre-season testing by topping the opening day as he led Jonathan Rea by eight thousandths of a second at Jerez. 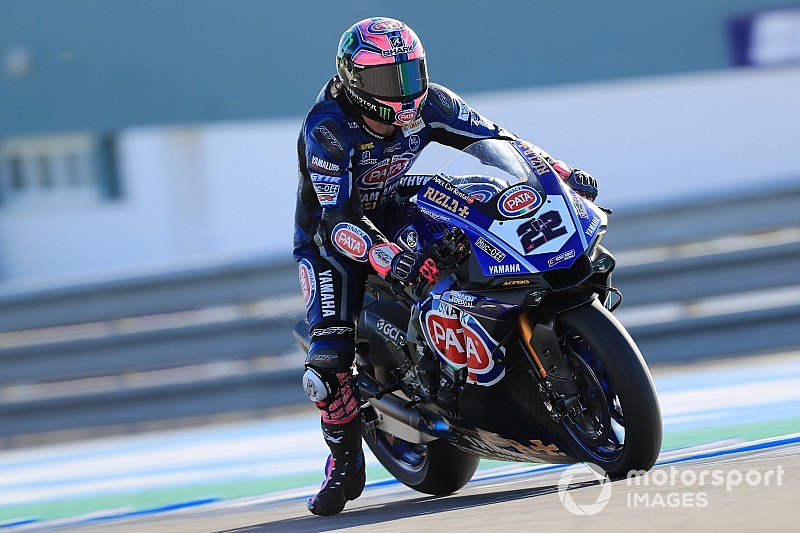 At a resurfaced Jerez venue, Lowes set his best time of 1m40.442s six hours and 34 minutes into the test, the Briton completing 77 laps on the first day of testing ahead of his sixth WSBK season.

Reigning champion Rea set a nearly identical lap a few minutes after Lowes, the duo staying in a class of their own for the rest of the session.

Rea's new Kawasaki teammate Leon Haslam was best of the rest but was over four tenths off the pace.

Puccetti rider Toprak Razgatlioglu brought a third Kawasaki into the top four, but the Turkish youngster was already outside the 1m41s barrier.

Lowes' Yamaha teammate Michael van der Mark was over six tenths slower than the Briton in fifth, the Dutchman followed by Marco Melandri, who moves from Ducati to GRT Yamaha, and his teammate - reigning World Supersport champion Sandro Cortese.

Ducati had a quiet day with its brand new Panigale V4 bike, with Chaz Davies leading the manufacturer's efforts in eighth, nearly a second off the pace, while his new teammate Alvaro Bautista was a further half a second behind.

BMW's Tom Sykes and Marcus Reiterberger made the bike's public debut in the championship but they ran without an official transponder, their laptimes remaining private.

Honda was only represented by Superstock graduate Alessandro Delbianco, the Italian rookie setting a 1m45.437s.

Honda tester Stefan Bradl also rode during the day with a MotoGP bike, the German's 1m41.370s time putting him ninth-fastest.