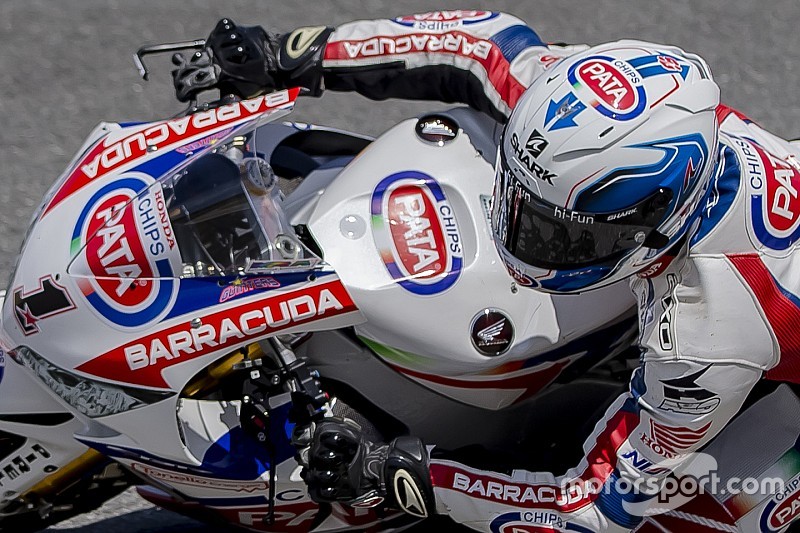 In the past it was Shah Alam and Johor. Nowadays it’s Sepang.

The first World Superbike round to be staged in Malaysia was at the Shah Alam circuit in 1990, the third year of the championship. Taking place in November ahead of only the Phillip Island and Manfeild races, it played a crucial role in deciding that year’s world title in favour of Raymond Roche – the first and only World Champion from France until Sylvain Guintoli clinched his title last year.

This weekend Alex Phillis will make his debut in the premier category, but it was his father Rob who took the first pole position in Malaysia back in 1990. However, double race wins would be clinched by the crafty Fabrizio Pirovano, with Roche fourth in Race 1 despite having to nurse a problem with his brake lever. Roche would go on to maintain his World Championship lead, while Pirovano would move ahead of Stephane Mertens to finish runner-up that season.

Shah Alam enjoyed a second year on the calendar in 1991: a season remembered for the sheer dominance of Doug Polen. Indeed, the American arrived there with 12 victories under his belt from the first 14 races, including the last seven consecutively. He was 79 points ahead heading into the weekend, but the event would prove challenging for Polen. He may have taken pole position, but the wins went to reigning World Champion Roche, doing the double as Pirovano had done a year earlier. Ironically, Polen still managed to increase the championship lead to 92 points – and this proved to be the only weekend in 1991 on which he failed to win at least one race!

For the next two years, the Malaysian Round switched to Johor. Roche, one of the main title contenders along with Phillis and eventual victor Polen, won the first race after beating Pirovano. In Race 2, normal service was resumed as Polen won to keep Roche at bay in the championship standings by the slim margin of five points.

In 1993, the Johor protagonists were the two men fighting for the world crown: Carl Fogarty and Scott Russell dominated both races. Fogarty had the last laugh in both encounters but, such was the pace of the leading duo, third-placed Pirovano was more than half a minute behind by the end of Race 2. Completing the double, Fogarty reduced eventual title winner Russell’s points lead to five points.

WorldSBK would then witness a two-decade hiatus for Malaysia. The country returned in 2014 with the Sepang International Circuit, designed by renowned German architect Hermann Tilke and completed in 1999. The 2014 weekend was dominated by Aprilia, with Marco Melandri winning both races but kept honest by team-mate Guintoli, with the champion-to-be having clinched pole position.

However, the real drama of the weekend came at the second corner of Race 1, as reigning World Champion Tom Sykes was unintentionally taken down by Kawasaki team-mate Loris Baz. Suzuki’s Alex Lowes was also caught up in the melee. In Race 2, Sykes ran second in the early stages, but would finish third behind the Aprilias.

World Superbike heads to Malaysia for Round 10 - video