Aprilia should have stayed in World Superbike instead of trying to tackle MotoGP, claims the Italian marque's former rider Marco Melandri.

After scoring two titles with Max Biaggi in 2010 and '12 and a further success in 2014 with Sylvain Guintoli, Aprilia gave up its works effort in the production-based championship in order to join MotoGP in an alliance with Gresini Racing.

Since then, it has never finished a race higher than sixth, and has been beaten by KTM to fifth place in the manufacturers' standings in each of the past three seasons.

In the meantime Kawasaki has dominated WSBK, with the Japanese manufacturer's lead rider Jonathan Rea having scored five titles in a row, while Aprilia has only been represented by customer teams with limited factory backing.

Melandri, who was a factory Aprilia rider in 2014 and stayed with the Noale marque for its switch to grand prix racing, thinks staying in WSBK would have been a wiser move.

"I don't understand it, Aprilia should have stayed in World Superbike," Melandri told Motorsport.com. "They should have fought for titles in Superbike.

"That was the perfect series for Aprilia. But the owner of the company didn't want that."

One-time 250cc champion and five-time MotoGP race winner Melandri quit Aprilia just eight races into the 2015 season as he struggled aboard the underdeveloped RS-GP, which was based upon the RSV4 Superbike.

That led to a spell on the sidelines before the Italian returned to WSBK in 2017 as a works Ducati rider, before switching to GRT Yamaha this season and then opting to retire.

"It was very difficult back then," recalled Melandri of his ill-fated Aprilia MotoGP stint. "I signed a contract with Gigi Dall'Igna, but he switched to Ducati a little later. He was replaced by Romano Albesiano, who had no experience.

"I provided some information that helped Aprilia. But it's the worst-case scenario when an engineer has to take advice from a rider. I wasted six months.

"When things were going well [in WSBK in 2014] I had to switch to MotoGP, even though I saw no reason to do so.

"After a few races I stayed at home because the bike was very bad. The people had no experience and they couldn't spend money. It was no fun for me. You have to have fun to be able to give 100 percent for a project." 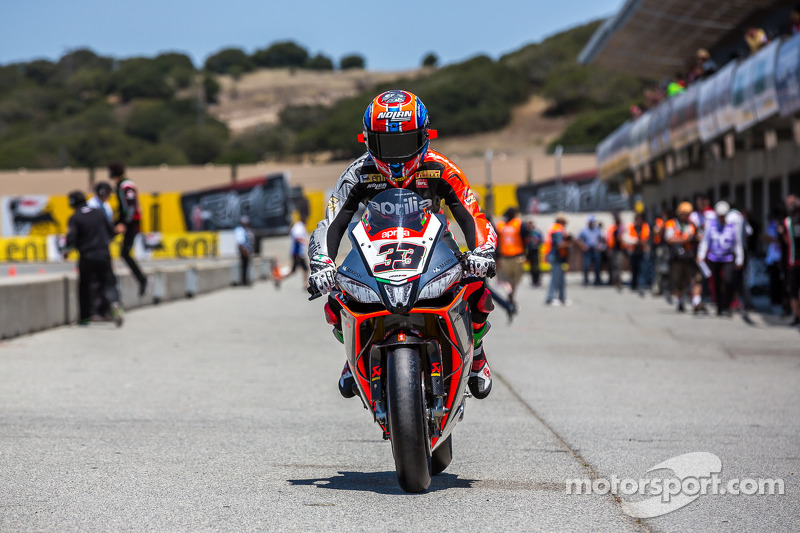