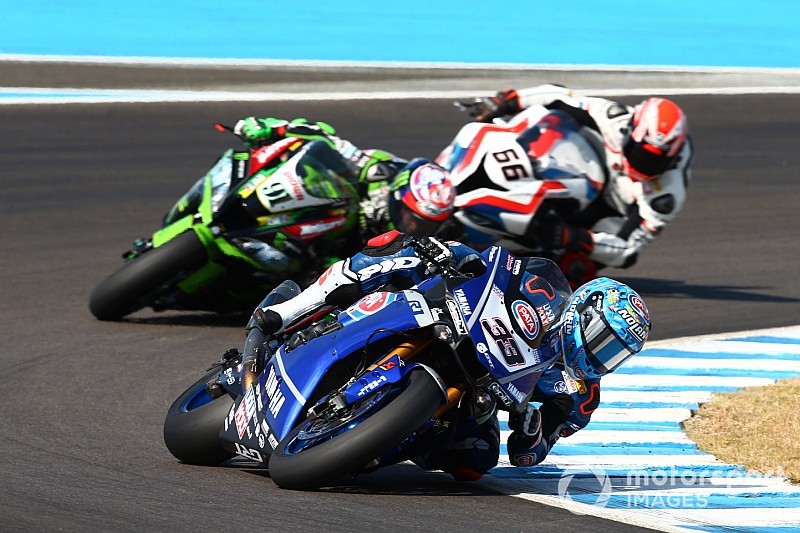 Marco Melandri has been given a six-place grid penalty for the opening World Superbike race at Misano for making contact with Chaz Davies in the final Jerez race.

Melandri and Davies were fighting for third place in the early stages of the race when the GRT Yamaha rider went side-by-side with the Welshman at the long Turn 5 right-hander.

But the duo made contact and both ended up in the gravel, retiring from the race.

The incident between the two riders was investigated by race control, which decided to hit Melandri with a six-place grid penalty for the next race at Misano.

Davies criticised his opponent, saying his move was "ridiculous". Melandri, on the other hand, did not intend to apologise, saying Davies "was slow, and running on the outside line".

“It’s unfortunate that Chaz didn’t leave me the same amount of space I left him when the positions were reversed on the previous lap, but for me it was a racing incident and nothing more," added the Italian.

"It’s a shame, because another podium finish was a real possibility today, even if fighting with Toprak [Razgatlioglu, who finished third] was difficult because he’s so aggressive on the brakes.”

A similar manoeuvre saw Jonathan Rea penalised in Race 1 at Jerez after he dive-bombed Alex Lowes at the final corner of the race, sending the Yamaha rider into a crash.

Rea's penalty was losing one position in the order, and he was also relegated to the back of the grid for the following race.

Zarco: "Bullshit" Honda WSBK rumour should get someone fired