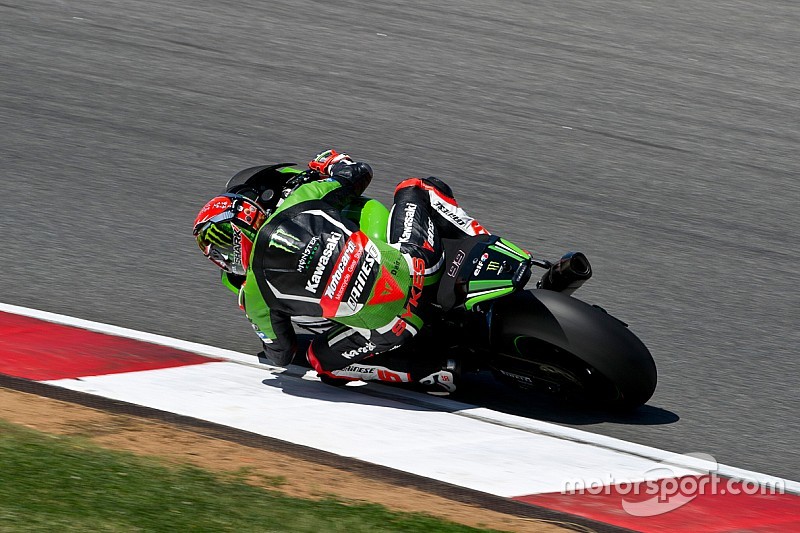 After two of the most unpredictable Tissot-Superpole sessions of the season, Tom Sykes will start tomorrow’s two 21-lap races at the Misano World Circuit "Marco Simoncelli" from Pole Position. The Kawasaki rider powered to the top spot, claiming a new outright circuit best lap of 1’34.214s as well as his third front-grid start of the year. Courtesy of his 27th career Pole, the Briton elevates himself to second all-time for the most Pole Positions taken in the series. With the current Tissot-Superpole format, this is the first time that a rider is able to claim Pole Position after making his way through Superpole 1.

I am a little bit surprised to be win Superpole because I was not sure if my lap was good enough.

Tenth after qualifying was Michele Pirro (Aruba.it Racing - Ducati SBK Team), he will head row 4 where he will be joined by Chaz Davies on the third of the official Ducatis entered this weekend and Matteo Baiocco (Althea Racing Ducati). Thirteenth on the grid tomorrow will be Leandro Mercado (Barni Racing); he will be joined on the fifth row by Niccolò Canepa (Althea Racing Ducati) and Michael van der Mark (Pata Honda World Superbike Team).

Tom Sykes #66 - Kawasaki Racing Team: “I am a little bit surprised to be win Superpole because I was not sure if my lap was good enough. But it was, so for this I am happy. I used a race tyre, then a qualifier in Superpole 1 and finally we had to do three fast laps on the front tyre. I did a 1’34.9 on a race tyre at one stage but the front tyre had already done ten laps. The new track surface is good and the circuit is faster, and a better camber in some areas. We got caught out because we did not put a fresh tyre in during practice to check our performance over one lap. In a way it was good to do Superpole 1 because I got three extra flying laps in. At this level it gives you a bit more understanding.”

Leon Haslam #91 - Aprilia Racing Team - Red Devils: "This weekend we improved session after session. We had a good base to start from and we basically adapted the set-up solutions we had tried at Portimão to make the work on this track. The track changes a lot depending on the temperature, so we tried to work quite a bit on tyre life and on consistency in the various conditions. I'm rather pleased with our level. I was the fastest one out there on a race tyre. In Superpole I made a mistake on the first turn, so I slowed down to conserve the tyre and make a go of it on the second lap. In light of this, second place and a good pace make me hopeful for tomorrow."

Davide Giugliano #34 - Aruba.it Racing - Ducati SBK: “I’m pleased we were able to close third, as to start at the front of the grid will be particularly helpful in the opening stages of the race, also considering how close we all are in terms of times. Today I’m feeling physically worse than yesterday and I’m struggling to ride to be honest, especially in the changes of direction, so the races won’t be at all easy. We’ll continue to work this evening and I’m sure that, also with Dall’Igna’s help, we’ll be able to prepare well for tomorrow. Another key thing that will help is the passion and support of all my fans here.”