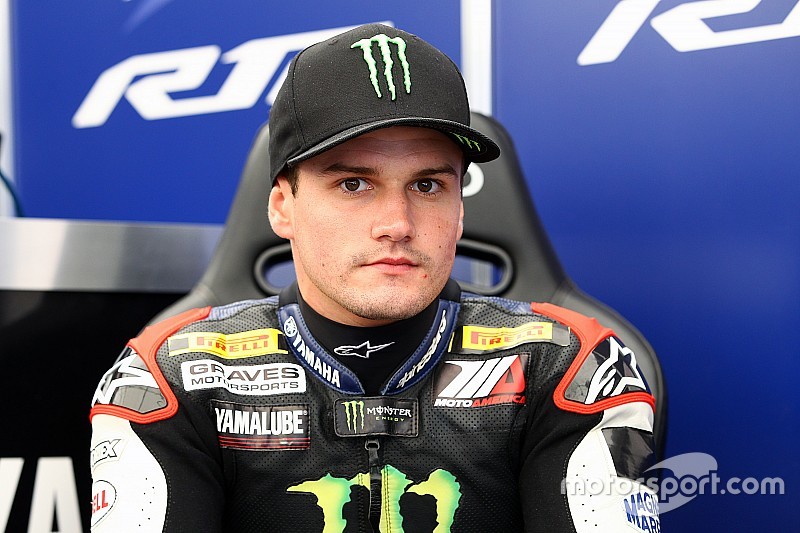 American rider Cameron Beaubier will make his maiden World Superbike appearance at Donington Park next weekend, standing in for the injured Sylvain Guintoli.

The 23-year-old Californian, who beat veteran Josh Hayes to last year's MotoAmerica title, has been selected by Pata Yamaha to fill in for Guintoli, whose injuries from his qualifying crash at Imola have yet to heal.

"I feel really fortunate that the Pata Yamaha Official WorldSBK Team is giving me this opportunity to be a part of the team for the weekend while Sylvain is healing up," said Beaubier.

"I'm also thankful that Yamaha US is allowing me to do this in the middle of our season! It will be a tough weekend with lots of learning but I'm going to do my best and have fun!"

Before embarking on a career in America, Beaubier contested a season of Grand Prix racing in the 125cc class in 2009, finishing 29th overall as teammate to Marc Marquez at the works KTM team.

Beaubier's teammate for his debut World Superbike event will be Pata Yamaha regular Alex Lowes, who broke his collarbone when he crashed out of the second race last time out at Sepang.

The Briton has been undergoing therapy in order to try and be fit for his home round at Donington.

"Obviously it's a race against time for me to be fit," said Lowes.

"The operation went well to fix the collarbone and clean up my damaged fingers so now it's going to be about recovering as much as possible before next week and trying to compete."