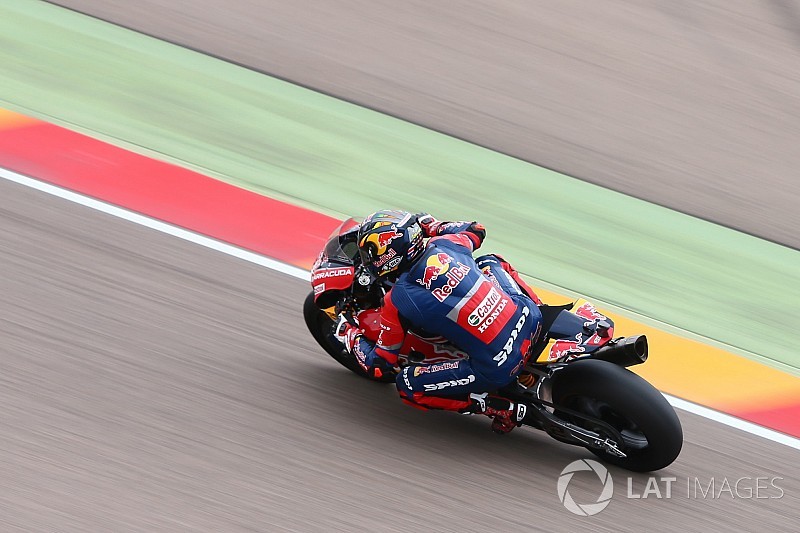 Camier has been out of action since the Aragon round, where he suffered fractures to three ribs and a lung contusion when he crashed and was struck by MV Agusta's Jordi Torres in the opening stages of race one.

The Briton missed the Assen round, but cleared a medical assessment on Thursday at Imola and contested the first practice session, in which he was a respectable 12th.

He was once again passed fit following a further check-up prior to FP2, but after completing a race distance on his Honda in that session, Camier felt he still was not fit enough to continue.

As a result, he will be replaced for the rest of the weekend by Honda BSB rider O'Halloran.

In a statement on Twitter, the Ten Kate team said: “An update on Leon Camier. He just did a long stint to further assess his condition.

“Despite his brave effort completing a race distance, [it] isn't possible at the moment [to continue] and he won't take further part in the weekend.

“Jason O'Halloran [will] take over duties on the CBR1000RR for Imola WSBK FP3.”

O'Halloran - who will now make his WSBK debut this weekend, having made several wildcard appearances in World Supersport in 2007 and 2009 - has vast experience of the new Honda from his time in BSB, scoring four podiums on his way to fifth in the standings last year.

On the other side of the Honda garage, Jake Gagne also passed a fitness test on Thursday after missing both races at Assen following a heavy crash in practice.

Aprilia's Eugene Laverty underwent checks following FP1 having been absent since his horror crash in Thailand, and will continue on, having finished both sessions so far inside the top 10.