Ducati Corse sporting director Paolo Ciabatti has expressed an interest in working with Oli Bayliss in future, describing him as a "little clone" of his multi-World Superbike title-winning father Troy.

This year, he currently the championship after the opening round of the season at Phillip Island having scored two wins and a second place in three races.

His father Troy was associated with Ducati for almost his entire career, winning the British Superbike title on a 996 in 1999 before going on to win three WSBK titles with the Italian marque in 2001, 2006 and 2008.

He also had a brief stint in MotoGP, scoring four podiums for Ducati in 2003-04 and then winning the final race of the 990cc era at Valencia in 2006 as a stand-in rider.

Speaking to Motorsport.com, Ciabatti said Bayliss Jr could use success in his native Australia as a springboard to either World Supersport or Moto2.

"I've known Oli since he was born, because [Davide] Tardozzi, [former Ducati Superbike Project Leader] Ernesto Marinelli and I have a relationship with Troy Bayliss that goes beyond the professional one," recalled Ciabatti. "We've been on holiday together and I've been to his house in Monte Carlo many times when he lived there.

"I remember this little boy with the same blue eyes as his father, who even then put the tricycle sideways when he was only two or three years old. Unlike his brother Mitch, Oli was already a little clone of his father. 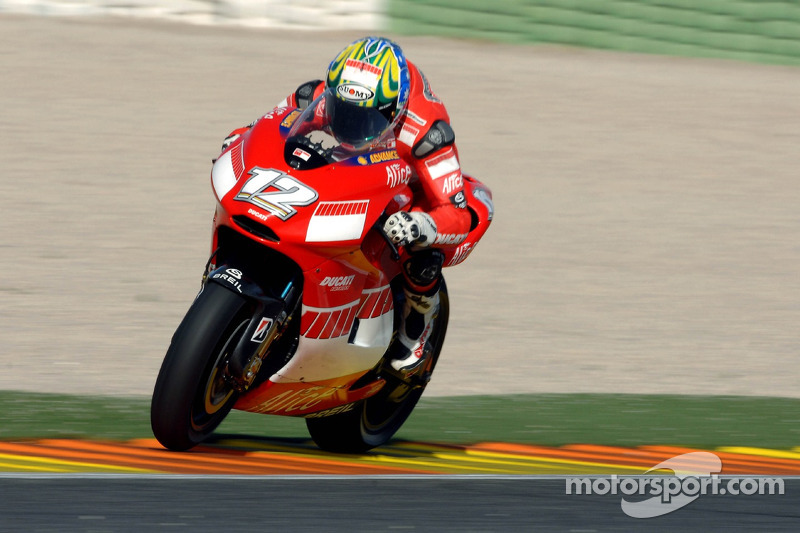 "I know Troy gave him a lot of guidance. He started the Australian championship well in Phillip Island, but it's still early, because he's a very young boy. I think he's 16-and-a-half, not 17 yet [he turns 17 in September], but he's coming along fine.

"I think the idea is that by the time he proves to be a winner in Australia, we have to think about what we can do for him in the world championship, whether it's Supersport or Moto2, and see if he has the talent of his father and get him started earlier."

Ciabatti also pointed out that Bayliss Jr has the advantage of starting his career much earlier than his father did, with solid financial support behind him.

"As you'll remember, Troy, having no budget, worked in a body shop and then started racing at the age of 27," Ciabatti said. "He lost most of his career because he didn't have the financial means to afford to race motorcycles.

"Oli, on the other hand, has the good fortune to have a father who earned well during his career. He's young, his father follows him and he's doing well."