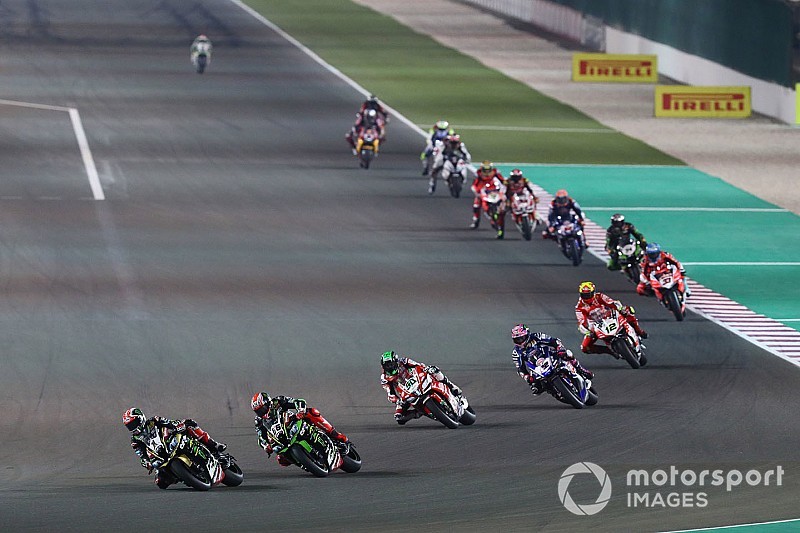 The World Superbike Championship has revealed a provisional 13-round schedule for the 2019 season, with an as-yet unannounced event to be held in late July.

As with this year, next season's calendar will comprise 13 rounds, with the Czech round in Brno dropped, while Jerez returns to give the schedule two Spanish events once more.

The season is due to start on the final weekend of February at the traditional opening venue of Phillip Island in Australia from February 22-24, before WSBK heads to Thailand three weeks later.

Aragon in Spain kicks off the European stretch at the start of April, with the Dutch round at Assen a week later, before another three-week break until the Italian round at Imola from May 10-12.

Jerez, which returns after a year hiatus is up next from June 7-9, with Misano two weeks later, while the British round at Donington has been moved from the May bank holiday weekend to a July 5-7 date.

One more race is scheduled to take place before the summer break on July 19-21, though this is yet to be announced, with Kyalami in South Africa likely to fill this gap.

The much-maligned two-month summer shutdown has been reduced to just six weeks next year, with the Portuguese round signalling the resumption of hostilities on September 6-8.

Magny-Cours in France will once more be the final European stop at the end of September, with Argentina and Qatar – which will run from Thursday 24 to Saturday 26 October – rounding out the season.

Notably, there will be no North American stop this year after Laguna Seca announced it would not host WSBK in 2019, though it is thought it could return to the schedule in '20.

A three-year deal was in place beginning next year for WSBK to race in Northern Ireland at the Lake Torrent circuit, but the project ran into financial difficulties, and the track's future looks bleak.

As well as playing host to WSBK and World Supersport, the Qatar finale will be the scene of the first non-European round of the Supersport 300 class.

Next year, WSBK will race three times per weekend, with a feature race on Saturday based, a second on Sunday afternoon and a sprint contest on Sunday morning.