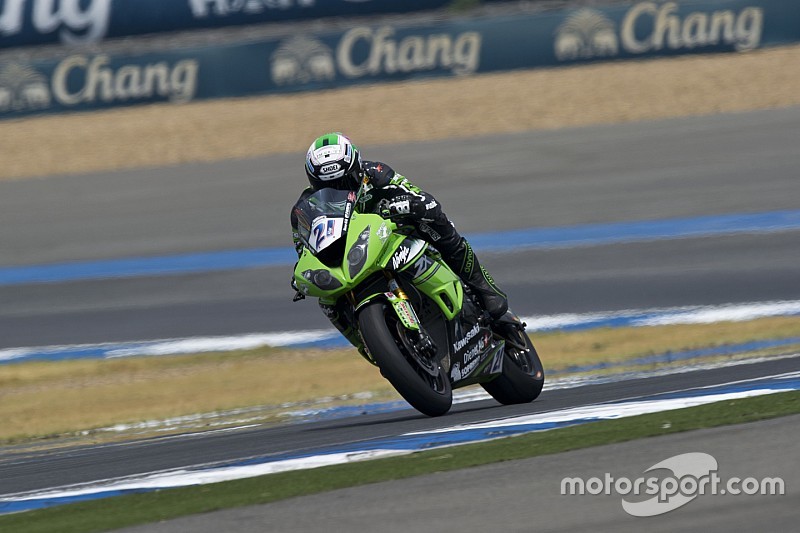 Puccetti, founded in 1996 and a Supersport participant since 2005, signed Kenan Sofuoglu last year, who claimed his fourth title in the series.

He was joined by former Moto2 rider Randy Krummenacher for this year, who is currently second in the standings, 40 points adrift his Turkish teammate.

While David Giugliano, who will leave Ducati at the end of 2016, was rumoured to join the team, it was Krummenacher being named as Puccetti's sole driver for the 2017 WSBK season.

The team will continue its ongoing collaboration with Kawasaki as Krummenacher will ride a ZX-10R.

"I’m extremely happy we’ve found an agreement with my team for the 2017 season," said Krummenacher.

"This year a great feeling has developed between me and my team, a feeling that have resulted in some big results in WorldSSP.

"We’ve decided that we can do a great job also in Superbike. Thanks to all my sponsors and everyone who believed in me since the beginning".

Team boss Manuel Puccetti added: "After a few months of preparation we can finally say we will be in WorldSBK next year.

"It will be a great challenge and we will ride against the best riders in the paddock.

"Our team was born 20 years ago and after a few years in the Italian championship we landed in the STK600 championship with 3 consecutive titles, then with the triumph in the WorldSSP in 2015 with Sofuoglu, and finally this season with the first two places in the championship.

"With Randy there is a great relationship and now we are ready to face this new challenge. At the end of November we will test our new Ninja SBK!"