Puccetti to retain rookie Razgatlioglu for 2019 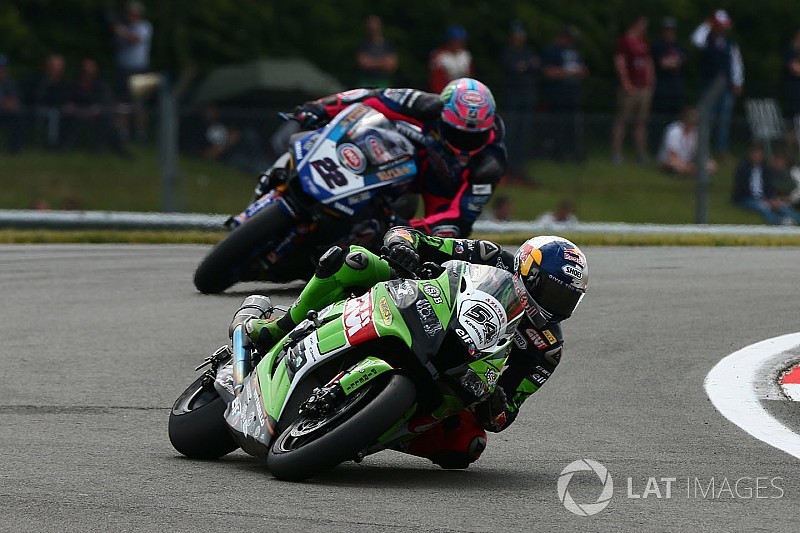 World Superbike rookie Toprak Razgatlioglu has re-signed with the Puccetti Kawasaki team for the 2019 season, just days after scoring his maiden podium at Donington Park.

Razgatlioglu stepped up to WSBK with Manuel Puccetti's team as runner-up in the 2017 European Superstock 1000 series, and impressed immediately in his first tests with the team towards the end of last year.

Consistently challenging for the top 10 this year, Razgatlioglu made history in race two at Donington Park when he passed both factory Kawasaki riders late on to secure his and Turkey's first podium in WSBK in second.

The 21-year-old is currently eighth in the standings with 78 points to his name.

Razgatlioglu says the continuity of his surroundings for his second WSBK campaign has given him extra “motivation”.

“Since 2015 we have been making a lot of success together, and recently I was able to make my first podium in WSBK at Donington,” Razgatlioglu, who is managed by now-retired Supersport legend Kenan Sofuoglu, said.

“The package is one of the best available and race after race we are making progress together. Knowing that I will be able to keep growing with this team next season is motivation for me to do my best always.

“I will work hard to get more important results as soon as possible for me and for everyone else that believes in me.”

Team boss Puccetti added: “Together with the team, this young talent has grown since his first season in STK600 until stepping up to WSBK this year.

“We wanted to keep him focused on the season by letting him be sure of being able to keep working with his crew next year.

“We all believe in his great talent and as he has already been proving to us we are sure that if we keep working hard with him also in 2019, we will soon be able to see him grabbing other important results in the championship.”

Razgatlioglu's factory Kawasaki counterparts Jonathan Rea and Tom Sykes have both been linked with moves elsewhere on the grid, with the former confirming at Donington Park that he also had offers to switch to MotoGP next year.

Both Pata Yamaha riders Michael van der Mark – who did the double last weekend – and Alex Lowes have been linked with a switch to KRT.

Sykes: WSBK rules "screw us to the ground"