After two years aboard the works-supported Puccetti Kawasaki, the Turkish star switches to the Crescent-run official Yamaha squad for his third WSBK campaign.

Razgatlioglu has shown strong on the R1 at the tests at Jerez and Portimao this month, ending the latter fastest of all with a laptime of 1m40.804s as he continues to adapt to the bike.

While maintaining his strong race pace from his Kawasaki days, Razgatlioglu has made a particular improvement in single-lap pace with the qualifying tyres – a key issue in his 2019 season, with the Turk failing to make the front row in Superpole.

“This weekend, two days, I’ve adapted to the bike much better now,” Razgatlioglu told WorldSBK.com. “I’m feeling much better now. We tried the Q tyre again, a little step, much better and 1m40.8s is a good laptime.

“For me it’s incredible because two years we tried to set up [well] for Q tyre [runs], but now we understand which way is better and it’s now coming better with the Q tyre.

"I’m really happy because for me it’s a new bike in the Yamaha [for me], and I’m coming to Portimao for the first time with the Yamaha. I’m feeling incredible now and we are ready.

“We are happy and also Michael [van der Mark, teammate] was very fast, [he set] very fast laptimes. We are ready for Phillip Island.”

Teammate van der Mark shadowed Razgatlioglu for much of the Portimao test, and believes he has found a “good combination” of all the new items the Crescent team tried.

“Well it’s been quite a good test for us,” the Dutchman added. “Even today [Monday] we worked a lot on suspension, we had a lot of things to try.

“So, we made progress during the day, which was really nice, and I think we tried everything we wanted.

“We had a new front fork, different set-up in the rear, also different suspension system. So we had a lot of positives and we had to find the right combination.

“I think in the end we had a good combination of everything and I’m really happy with my laps and consistency on the race tyres.” 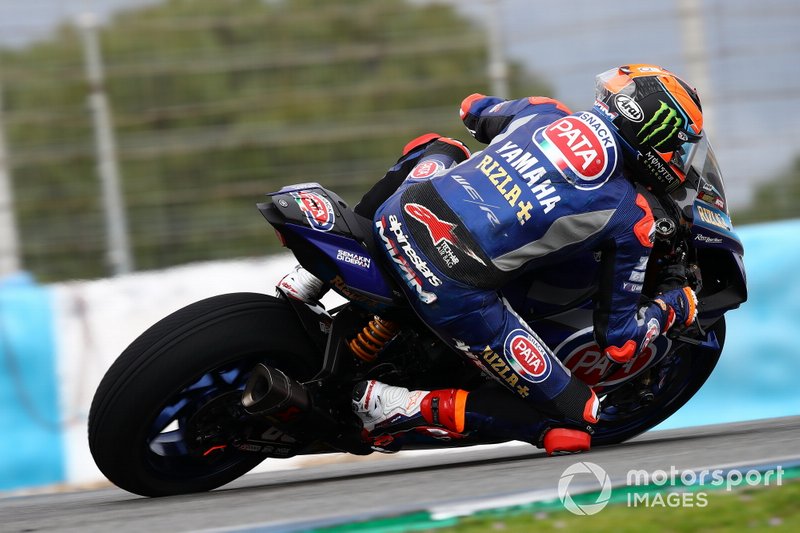 Hickman joins factory BMW team for Most WSBK round

Alvaro Bautista made it a hat-trick of World Superbike victories on home turf at Barcelona with an imperious ride to his 11th win of the season in Sunday's finale.

Ducati’s Alvaro Bautista extended his lead in the World Superbike Championship with victory in the Superpole race in Barcelona, as Toprak Razgatlioglu missed the podium for a second race running.

Ducati rider Alvaro Bautista extended his World Superbike championship lead with a dominant display in the opening race at Barcelona for his ninth win of the season.

Iker Lecuona scored Honda’s first pole position in the World Superbike Championship since 2016 with a stunning effort in Saturday’s qualifying session at Barcelona.