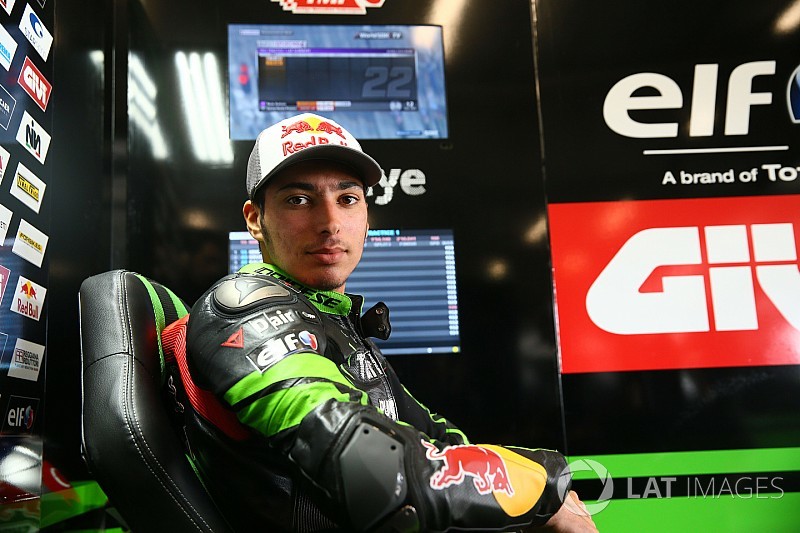 Toprak Razgatlioglu will sit out Sunday's second World Superbike race at Laguna Seca after breaking his left big toe in a nasty highside crash at the Corkscrew in Race 1.

The Puccetti Kawasaki rider was running in 10th during Saturday's 25-lap Laguna Seca race when he lost the rear of his ZX-10RR heading down the Corkscrew on lap 20.

Razgatlioglu was taken to the medical centre for checks, where it was confirmed he had suffered a fracture to the big toe on his left foot.

The Turk was left baffled by the cause of the accident, and aims to be back in action for the Misano round in two weeks' time.

“It was a really very strange fall,” he said. “I was at the entrance of the Corkscrew when I suddenly heard the rear throw myself into the air and I could not do anything to avoid the fall.

“Fortunately, I did nothing extremely serious. In addition to the big blow, I reported a micro-fracture to the big toe, and for this I will not be able to run on Sunday.

“I do not need any [further medical] intervention, but I can only come back at Misano. It's a pity to end the weekend like this. I really hoped I could do well.”

Rookie Razgatlioglu was making his first visit to Laguna Seca this weekend, and qualified 13th after missing a place in SP2 by just half a tenth.

The Turkish rider will remain in WSBK next year, after agreeing a new deal to continue with the Puccetti team following his debut podium success at Donington last month.

Kawasaki stablemate Jonathan Rea cruised to his seventh win of the 2018 season in Saturday's race, seizing the lead at the Corkscrew when early leader Chaz Davies made a mistake under braking.

The KRT rider will start the second outing later today from ninth, while Milwaukee Aprilia's Eugene Laverty will launch from pole.