Jonathan Rea says he “disagreed completely” with the manner of the attempted boycott of World Superbike's opening race in Argentina, and denied he was pressured into riding. 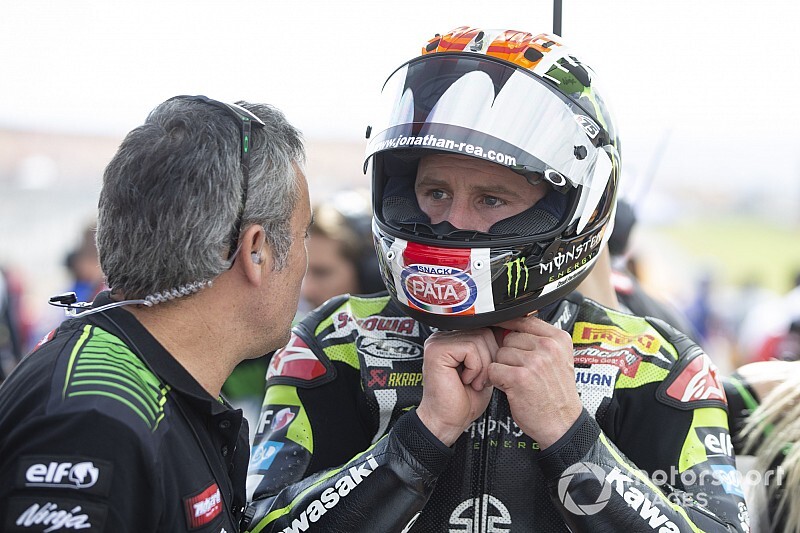 Parts of the El Villicum circuit were resurfaced just a week prior to the event, with oil from the fresh tarmac as well as thick dust blanketing the track prompting six riders into boycotting the race on safety grounds.

Of the “90 percent” of the field reportedly in favour of scrapping race one, Rea was said to be one of them by Chaz Davies, Eugene Laverty and Leon Camier and was said to have been in support of their cause.

However, he decided to race, which led to Laverty branding him “spineless”.

Giving his version of events, Rea brushed off Laverty’s comment, and said “marching” into pitlane like “some kind of army” before the race was not “the right thing to do”.

“Well, opinions are opinions,” he replied when asked by Eurosport for his thoughts on Laverty’s comment. “I had mine.

"I was in the cabin [for the meeting between riders and race organisers], and what happened there - I don't want to talk too much about it and make big statements because everyone has their point of view, whether they've got something to gain or not.

“But to be honest I disagreed completely flat out with marching onto pitlane in our civvies, like some kind of army and 'we're going to show them'.

“Because it's not the right thing to do, you know? We're one identity here, we're Superbike, we have to try, you know?

“Guys, this is a country that's really struggling and there's people paying [for] tickets to come and see us, at least go to the grid. So, I said, 'I'm going to get changed' and go.”

Rea admits conditions were “not ideal”, but felt they were raceable, and says rumours of getting fined if he didn’t race “had nothing to do” with his decision to race.

“They [those in favour of the boycott] don't like that my opinion was different from theirs, but I'm not going to get peer-pressured into something I don't want to do,” he added.

“Nobody held a gun to my head to go and ride. There's a lot of stories about getting fined, that's nothing to do with it. We're racing for a manufacturers' title as well.

“And I felt the conditions, while not ideal and whatever, we could race. And we could get a good race underway, 21 laps, and those who started finished, and we got 20 points [for second] at the end of the day.”

Ducati’s Davies accused governing body the FIM of homologating the circuit knowing full well it did not meet its standards, with Laverty and Camier supporting this claim.

With conditions cooler on Sunday, all riders started the 10-lap sprint race as well as the subsequent second feature race, which were both won by Rea.