Jonathan Rea says he had so many tough races in the 2021 World Superbike season that he felt he had already lost the championship heading into the Indonesia title decider.

Rea’s streak of six consecutive titles could come to an end at the newly-constructed Mandalika Street Circuit this weekend, with the Kawasaki rider facing a massive 30-point deficit to Yamaha rival Toprak Razgatlioglu with only 62 points on offer across the final three races.

While the consensus is that the 2021 Kawasaki ZX-10RR hasn’t been a match for the improved Yamaha R1 for much of this season, Rea has also made several uncharacteristic mistakes over the course of the year, suffering costly crashes at Donington Park, Most and Portimao.

This means that for the first time since he joined Kawasaki in 2015, he will go into the final round in second place in the standings and not as the runaway points leader.

Rea admits he is pleased to still be in the title hunt given how the 2021 season has panned out, but is trying to keep his mind off the championship battle to end the campaign in the best possible manner.

“Unfortunately we are in this position,” Rea told the official WSBK website. “But of course the last few years have been incredible to enjoy the last round. This one is a little bit different but similar as well, because I don’t feel the same pressure I have normally to get the job done.

“I feel perhaps we lost the championship in some way this year, so to be in the fight is a great position. I have a lot of motivation to try to keep the dream alive to the last race and what better place to come.

“Both of us have thrown away more than that kind of points [30] in one weekend. I can focus on myself, not the best position but one that I relish, just focus on myself.

“No matter what happens from a championship point of view, I'll try to put that to the back of my head and go out and finish the year strong with race results.”

Rea feels the pressure is more on title rival Razgatlioglu as he may encounter the same “negative thoughts” that he had on his mind when he was the title favourite against Ducati’s Scott Redding in last year’s Estoril finale.

Asked who will face the most pressure in Indonesia, Rea said: “I feel [Razgatlioglu] because I’ve been in this position last year.

"I had a much bigger points advantage going into Estoril. I knew my mentality, what I was thinking, the negative thoughts that would try to overrule the confidence, and he will have that for sure.

“I feel like I mentioned before we lost the championship at some point this year, so to be in the hunt is nice. It would be a bonus to pick up more than our realistic expectation. So just trying to enjoy and forget the championship and the pressure, and cap off the year with some great results.” 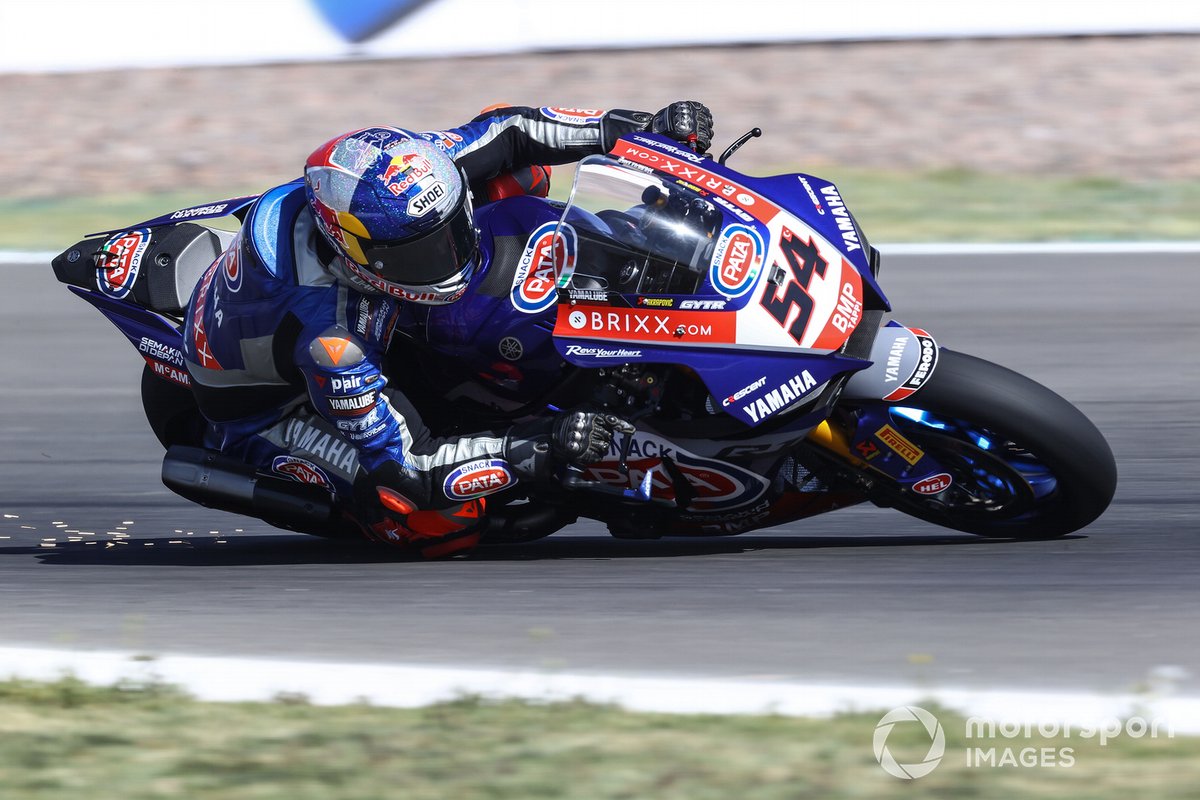 Given his advantage in points standings, Razgatlioglu can afford to finish third in each of the three races this weekend in Indonesia even if Rea sweeps the entire weekend.

However, the Turkish rider says he will not change his approach in the title decider and target victories in each race as they come.

“My plan is to just focus on [each] race," he said. "I’ll try to fight for the win again because this is more important for me. Okay, I’m very close to being champion, but I’ll try my best [to finish] maybe in second position, maybe third position or maybe win.

“Just try again to win. Because I like it, maybe this is my style. This is important because this is the last race and everybody will try their best. I’ll try to win, I’ll fight for the win."

He added: “I hope we are champions this weekend. This is very important for me because I’ve been waiting to say, 'This is for my Dad [Arif, who died four years ago in a road accident]'.

"He always believed in me. He said, ‘Toprak one day will win the world championship’, but it won’t be possible for him to see [it].”

Rea has "no regrets" about WSBK title loss to Razgatlioglu