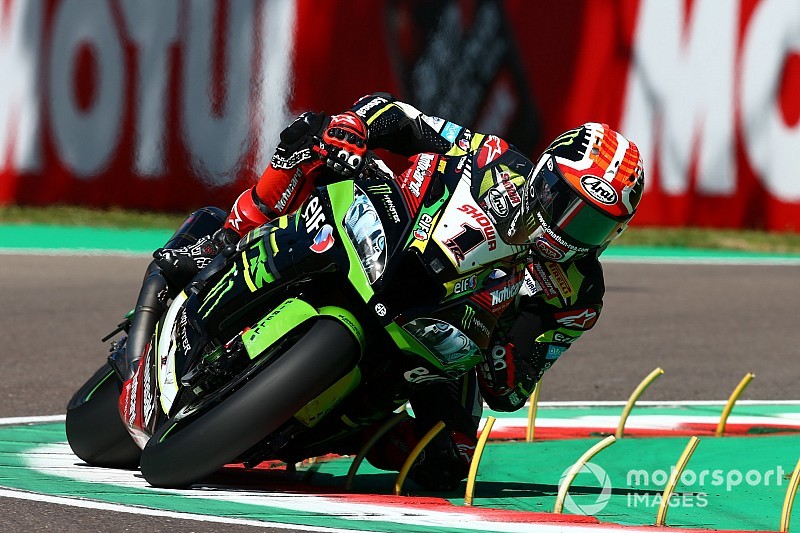 Kawasaki rider Jonathan Rea started the fifth World Superbike round of 2019 at Imola by topping the two Friday practices, followed by Chaz Davies on both occasions.

Reigning champion Rea, who is still searching for his first win of the season, led nearly all of FP1 after claiming the lead when the early-session improvements ended.

He improved by nearly eight tenths on his early laptime to end the session on top with a 1m46.636s.

Rea's only close challenger was Ducati's Davies, who was 0.288s off the pace, with his teammate Alvaro Bautista more than six tenths slower than Rea in third.

Davies got even closer to Rea in the afternoon session, even moving ahead of the Northern Irishman for a few minutes in the closing stages before the Kawasaki man came back just as the chequered flag fell.

Rea completed the day with a 1m46.374s, beating Davies by 0.155s with BMW's Tom Sykes pushing championship leader Bautista down to fourth place.

Zanetti, a former 125cc rider, is making his first appearance in WSBK after spending the 2012 season in the series where he was 17th.

The 31-year-old, who has since been competing in World Supersport, completed the top 10 along with fellow Ducati rider Michael Ruben Rinaldi (Barni).

Eugene Laverty withdrew from the round after a highside crash at Acque Minerale in FP1, which red-flagged the session and left him with both of his wrists fractured.