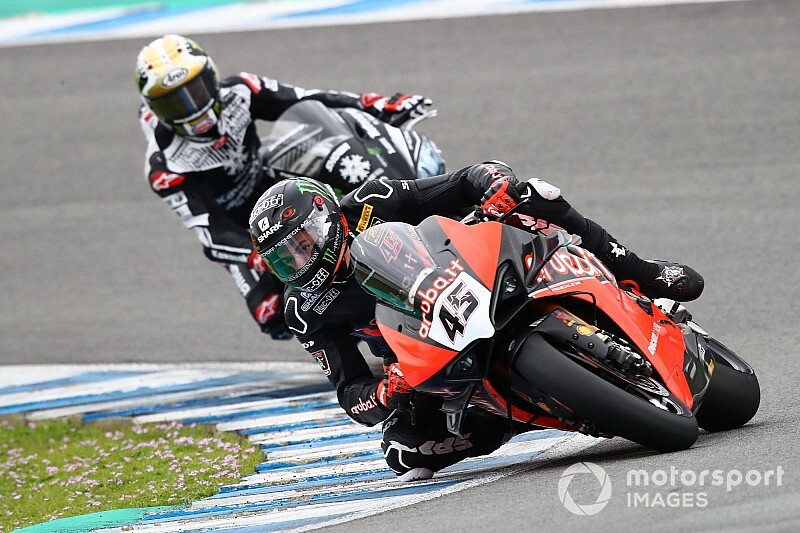 Rea has taken five WSBK titles on the trot with Kasawaki, most recently seeing off a challenge from Redding's Ducati predecessor Alvaro Bautista, despite the Spaniard winning the first 11 races of the season.

MotoGP podium finisher Redding arrives to WSBK with title ambitions after having triumphed in British Superbikes in 2019, but accepts he doesn't yet have a full image of what to expect from Rea.

"I never raced against Jonny, and we had two different career paths," Redding said.

"I watched races with him. He is very smart, he has different strategies and when things are not going to plan, he has a plan B.

"He is a very smart rider, I am fully aware of that. He has a lot of experience.

"I won't know until the first race [how to take on Rea], I can only listen what people say about what he does or what he rides and try to see on TV from last year, which is very difficult. You have to adjust on the moment.

"If you're a world-class rider, you need to adjust on that split second to make a decision about what you do and then you can look. Like in boxing, you learn the guy in the first few rounds, and after, you do your own attack.

"It is a similar thing in racing, maybe I need to learn in race one, race two at Phillip Island, it is a new thing for me.

"My target is try to be out and battle with him, I think he is a very safe rider, respectable, he doesn't do too many dirty moves, I understand sometimes you need to be a bit forceful."

Redding stressed, however, that it was "the target" to win immediately in Phillip Island, like Bautista had done the year prior.

"Philip Island is one of my favourite tracks, and I don't see a reason why we can't fight for a win there. It's hard to say now, yes or no - last year with Bautista, but rules changed from there, many things are different. Myself, I think about the long-term and not the short-term, so we will see. Testing is always one thing, and racing is a complete another thing, and I go racing to try and win."