Season preview: Why WSBK will be worth watching in 2017 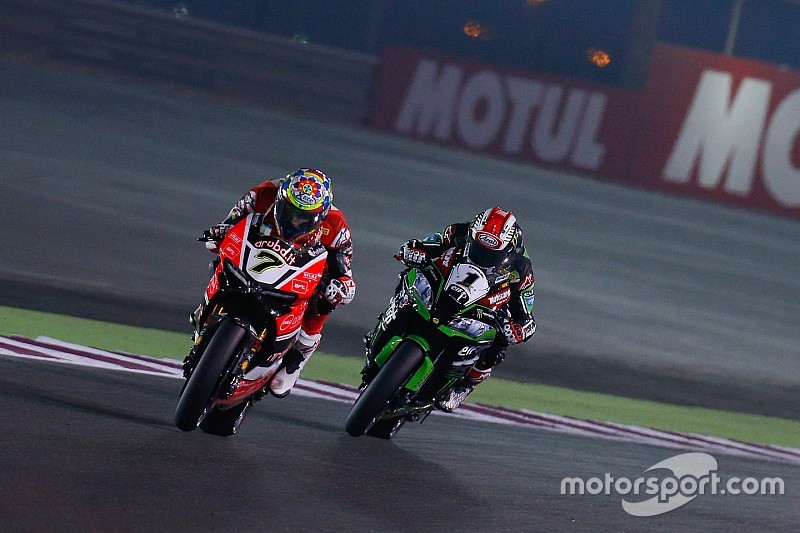 The 2017 World Superbike season kicks off at Phillip Island this weekend, and all the changes from 2016 suggest the new campaign will be better than in recent years. David Gruz explains why.

On paper, WSBK should be a strong alternative to its sister series MotoGP, with powerful bikes, a healthy amount of manufacturers, and a field that has a fascinating mixture of riders on their way up to the pinnacle and those that have already raced there.

Yet, the gulf between the popularity of MotoGP and WSBK remains as wide as ever. Sure, that's at least partly because of how exciting the former has become in recent years, with last year's tally of nine different race winners on four different types of bike deservedly grabbing headlines.

On the other hand, variety and competitiveness at the front of the field have been sorely lacking in WSBK for the last two years.

In 2014, the WSBK title fight came down to a nail-biting season finale in Qatar, which saw Aprilia's Sylvain Guintoli beating Kawasaki rider Tom Sykes by six points - with a major team orders controversy to boot.

Then, Aprilia switched its focus to MotoGP, and Kawasaki signed the only other rider who was able to win races with a lesser package, Jonathan Rea.

The Rea-Kawasaki combination was virtually unrivalled throughout 2015, and the 2016 title was never in any real danger either, despite the late-season resurgence of Ducati and Chaz Davies.

Sadly for the viewers, Sykes and Davies were unable to make the title fight interesting enough, but were easily good enough to shut down the rest of the field from the podium spots on most occasions.

Only Nicky Hayden was able to break the trio's win hegemony last year at Sepang, and that was in the wet.

It's in that context we have to see WSBK's attempts to shake things up with the reverse Race 2 grid rules.

The rule has not been wholly welcomed by the riders, with Rea commenting that it's "strange to penalise someone who does well."

The defending champion added: "From the sporting side, I'm a fan because it's going to be more exciting. Time will tell, nobody is ecstatic about the change, so we'll just have to give it time and see.

"We will see if it's more entertaining, because what drives this championship is television, and if there are more people tuning into Race 2 that's positive." 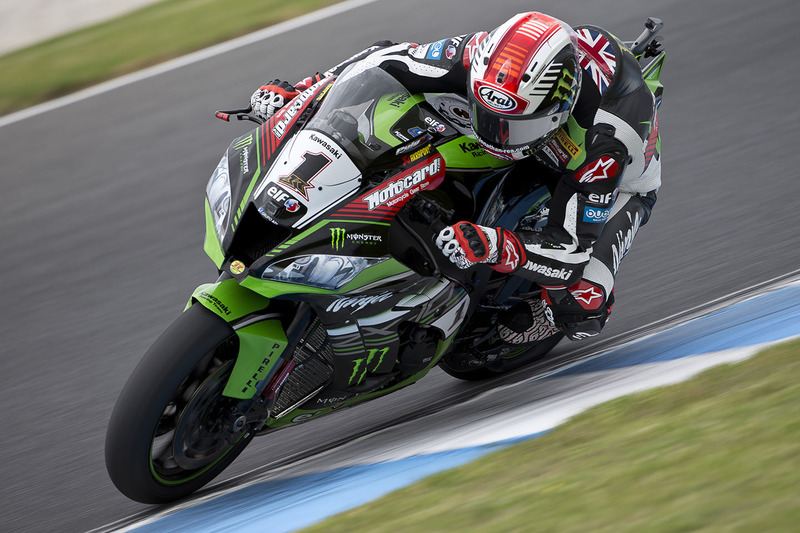 Apart from the rule change, the rise of Davies and Ducati as a threat to Rea's dominance, as well as more changes further down the field, have the potential to shake things up.

Honda, which has struggled since Rea left the team, kicks off 2017 in promising shape, as it has gained the support of Red Bull and the riding services of ex-MotoGP man Stefan Bradl alongside Hayden.

In addition, the Ten Kate team has access to Honda's brand-new Fireblade as well, but early evidence suggests it will take a while before the team is able to make the most of its new weapon.

The new bike only arrived just a few weeks before the first test in Jerez, and there was simply no time to set it up properly for the Spanish venue or for Portimao a week later.

Things failed to improve during this week's Phillip Island test, with both Hayden and Bradl ending up stranded outside the top 10. A slow start to the campaign therefore seems inevitable.

Another Japanese manufacturer, Yamaha is also expected to play catch-up after a tough first season back in 2016, when Sylvain Guintoli secured the Cresent-run squad's only podium finish in Qatar.

Neither Alex Lowes nor Guintoli's replacement Michael van der Mark have been particularly close to the front during testing, and both have set themselves the target of just making it to the podium.

That means the manufacturer most likely to shake up the established order early in the season is Aprilia, which has entered a tie-up with Shaun Muir's Milwaukee squad for the 2016 campaign.

The signs are promising for the Italian marque – last year’s top rookie Lorenzo Savadori and ex-MotoGP rider Eugene Laverty were both on the pace in Europe with the new RSV4, and although the Phillip Island tests weren't quite as encouraging, the potential is clearly there. 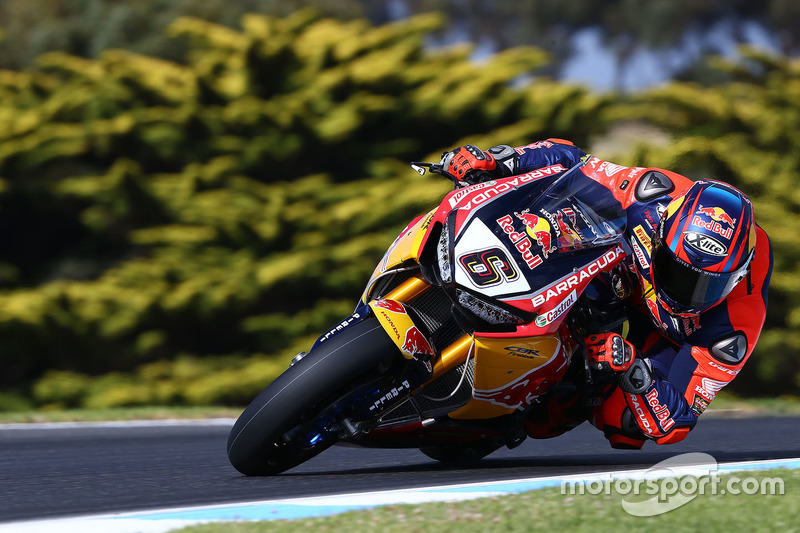 But, should Yamaha not improve by enough and Aprilia fail to replicate its strong testing form, that would leave us with the familiar teams out front: Kawasaki and Ducati.

Despite all the changes, Davies says he expects the two aforementioned teams to continue to set the pace, and, on the whole, the signs from testing seem to validate his claims.

Rea was quickest on both days at Jerez, Davies at Portimao (where the Kawasakis were absent) and then the reigning champion again in Australia, just ahead of Ducati recruit Marco Melandri.

But the good news is that, even if the rest of the pack can’t catch Kawasaki and Ducati in 2017, it’s unlikely the upcoming season will be a repeat of 2015 or 2016.

Although it came too late to challenge Rea, after the summer break Davies and Ducati had become a formidable combination that won seven of the last eight races last year.

No doubt the Welshman will be looking to carry that form into the start of 2017, and he has the additional motivation of wanting to prove to Ducati that he is ready for a MotoGP switch in 2018.

Then there's Davies’ new teammate Melandri. Based on his testing performances, the former 250cc champion and MotoGP race winner has lost none of the speed he showed in his previous WSBK stint in 2011-14, before an ill-fated return to Grand Prix racing with Aprilia.

Melandri, along with Rea's Kawasaki teammate Tom Sykes - who, we shouldn't forget, took the WSBK title himself back in 2013 - both have the potential to be title contenders along with Davies and Rea.

But whether it ends up being a two-, three- or four-way title fight, one thing looks fairly certain about the 2017 WSBK season: it will be a damn sight more entertaining than last year. 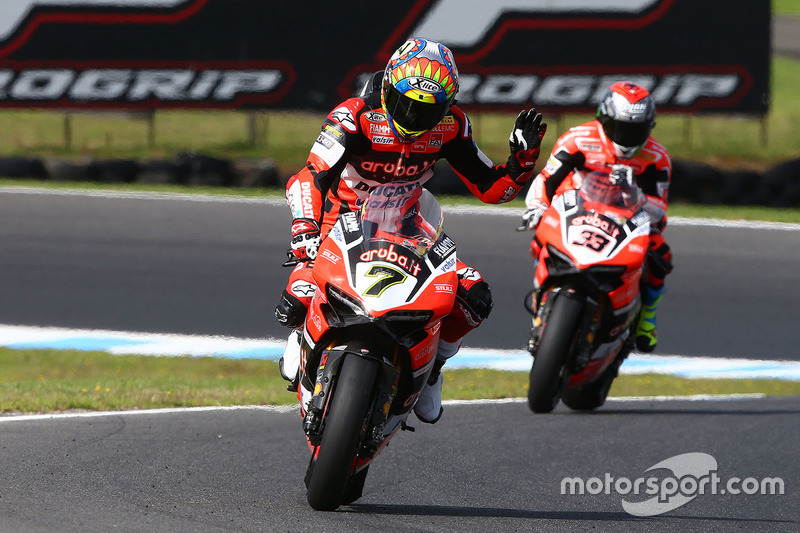 Rea motivated by "fear of not winning" for third WSBK title