The Ten Kate World Superbike team, which ran Honda's official entry in the series, has been declared bankrupt and will cease its racing operation effective immediately.

The Dutch squad has run Honda's effort in WSBK and in World Supersport for the last 18 years, winning 10 titles across both classes, including James Toseland's 2007 triumph – Honda's last in WSBK to date.

Next year HRC will return to WSBK as a factory entrant for the first time since 2002 in conjunction with Althea and Moriwaki, a decision which came as a surprise to Ten Kate, as a team statement reveals it had expected to continue its partnership with Honda.

The lateness of the notification, which came on October 30, meant Ten Kate was unable to secure a technical partnership for the '19 season and has been forced into bankruptcy as a result.

“The sad situation is the direct result of a very late notification given to Ten Kate Racing that Honda wished to end its association with the Dutch firm,” part of a lengthy team statement read.

“Honda stated that it wished to instead continue its activities with two other companies who would assume responsibility for the company's technical and logistics requirements in WSBK.

“This notification was given to the management of Ten Kate Racing on October 30 2018 with no earlier indication of further explanation.

“Until the last race of the 2018 WSBK season, on October 27 in Qatar, the relationship between Honda and Ten Kate Racing was 'business as usual', with staffing, technical development, winter testing and all other aspects of the team operation for the following season discussed in detail and with most of the important decisions already made.”

The statement adds that a “clear understanding” between both parties was in place that made sure any desire from Honda to end its partnership had to be made clear before the summer break to allow Ten Kate to explore other options for the next year.

“During recent years, a clear understanding between Ten Kate Racing management and Honda established that any notification of a desire to terminate collaboration between the two parties would need to be made early (i.e. before the WSBK summer break).

“This would allow Ten Kate Racing to explore opportunities for co-operation with other manufacturers and, in a worst case scenario, to manage human resources and potential redundancies within the team.”

The statement also confirms legal proceedings are pending, while accusing Honda of “consciously” putting it in a “check-mate” position.

“While it was clear that there was a genuine, high-level interest from a number of manufacturers, the timing was wrong.

“Consequently, it appears that Ten Kate Racing has been put in check-mate consciously by world's biggest motorcycle manufacturer.

“Pending legal proceedings relating to this situation, Ten Kate will make no further comments at this time.

“The team's management will, however, continue to work on plans to race at world championship level, hopefully for (part of) the 2019 season, but otherwise for 2020.” 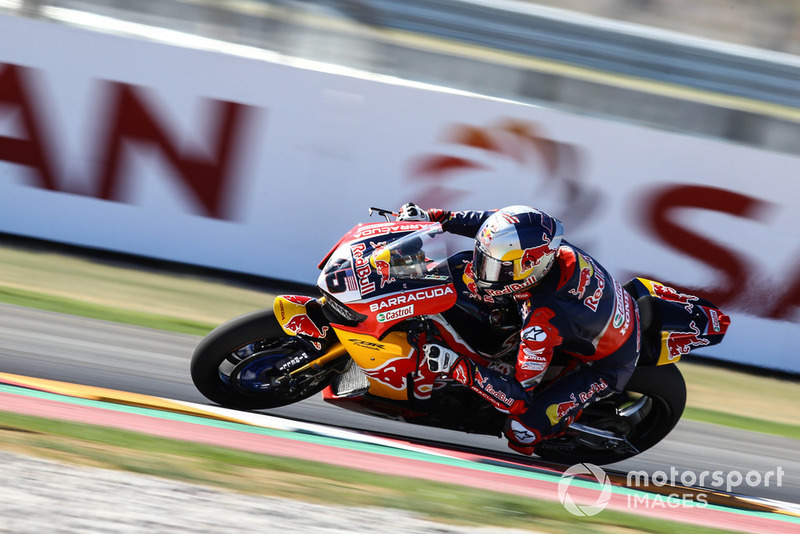