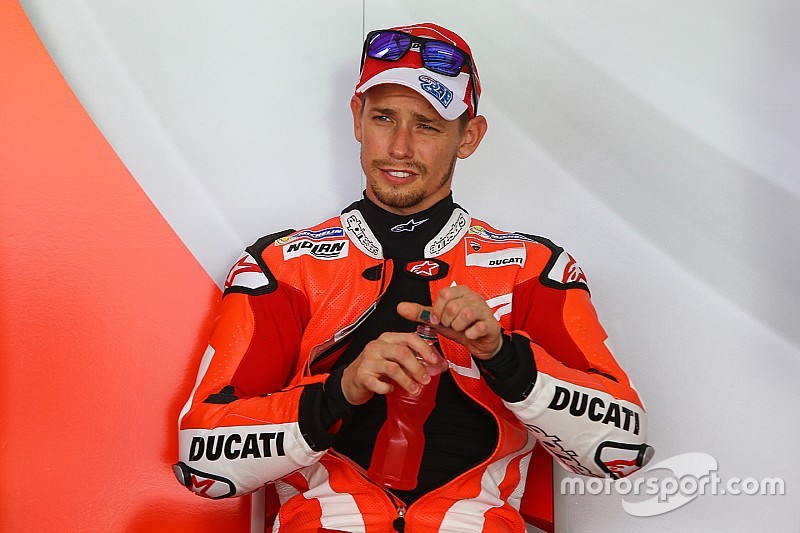 Ducati test rider Casey Stoner said he could try out the Italian manufacturer's World Superbike machinery this year in order to assist with development.

After parting ways with Honda at the end of last year, Stoner has returned to Ducati as a tester and brand ambassador, completing three days of MotoGP testing in Sepang earlier in the month.

While the Australian says MotoGP remains his main area of focus, he would be willing to try out the production-based Panigale R if called upon.

“At the moment, our main focus is MotoGP, this is where our tests have led us," said Stoner.

"I think down the track we’ll try and do a test or two with the World Superbike as well, just to get a feel for it and see if I can give some feedback that will help, and someone extra is always a good thing.

"I work for Ducati, and it’s not just about MotoGP, so wherever I can help, I will.

Davies to fight for the title

The Welshman finished within the top two eight times in the last 10 races, and Stoner believes improvements to the bike should allow Davies to fight for the title in 2016.

“If you look at last year, Chaz was riding exceptionally well," Stoner added.

"From what I’ve seen and heard from testing, [Ducati] has definitely made some steps forward from last year, and this should help give them a better shot at the title.”

Rea open to MotoGP switch "with the right package"