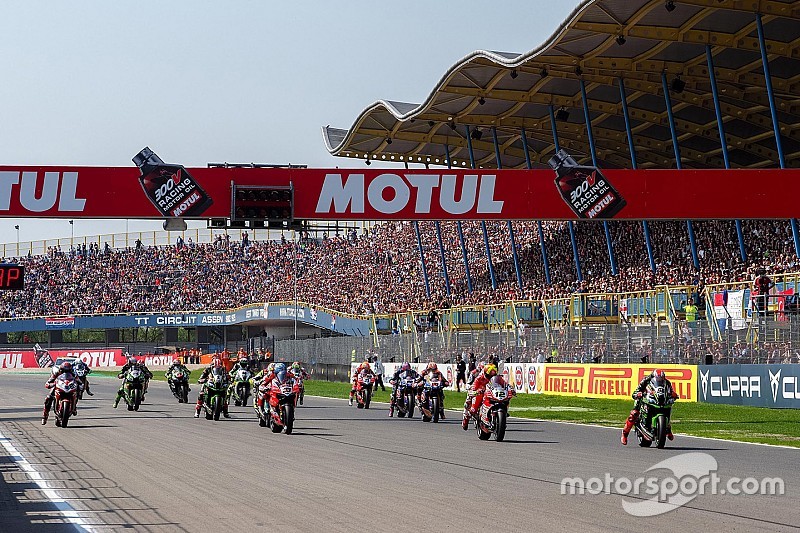 Eleven-language survey is launched to enable fans to contribute to the exciting future of the championship.

The FIM WorldSBK Global Fan Survey launches today with fans able to complete the survey in 11 different languages by clicking here or navigating to: https://worldsbksurvey.motorsport.com/.

Due to its scale, reach and expertise in motorsport fan research, Motorsport Network has been selected as the WorldSBK’s partner for the study, building on similar surveys recently conducted in Formula 1 and FIA World Endurance Championship. These two studies attracted more than 270,000 participants worldwide, providing more than 35,000 hours of fan feedback and 26 million data points to help the sport’s promoters to derive actionable insights directly from their core fan base.

In 2017, Motorsport Network surveyed Formula 1 fans in what is understood to be the largest direct sports fan survey of its kind. Over 200,000 respondents replied from 96% of the world’s countries recognised by the UN. Also in 2017, sports car fans responded to the World Endurance Championship Global Fan Survey and spent over 10 minutes per respondent to offer their views and insights to the championship’s promoters.

Motorsport Network’s global audiences are engaged through a variety of channels to achieve industry-leading response rates to surveys, including direct referral through advertising and editorial on the world’s largest portfolio of motorsport and motoring websites to direct email to subscribed motorsport fans. 26.6% of the respondents to the WEC survey were secured through Motorsport Network social media channels and almost 67% of fan responses are captured via mobile devices achieved by mobile-friendly user interfaces enabling ease of response on personal devices.

Consistent with previous fan surveys conducted by Motorsport Network, data collected from the FIM WorldSBK Global Fan Survey will be analysed and validated by the world’s leading sports research expert, Nielsen Sports, the specialist arm of Nielsen Holdings, a global leader in information, data and measurement.

A summary of the survey results will be made available to coincide with the last race of the season in Qatar on October 25th.

“Our network reaches millions of fans every month through our major titles including Motorsport.com, Autosport.com and Rideapart.com. Combining our global audience with proven research expertise makes us the ideal partner to capture key fan data for the championship.

“Hearing fan opinion in addition to all the other team and rider feedback gives everyone a voice in the future of superbike racing.”