Dominique Aegerter says he is "disappointed" at the lack of opportunity to move up to World Superbike next season after winning this year's World Supersport crown.

Ten Kate Yamaha rider Aegerter wrapped up the championship with a round to spare this month in Argentina, with third place in the second race at El Villicum giving him an unassailable points advantage over nearest rival Steven Odendaal.

He follows in the footsteps of Andrea Locatelli in winning the Supersport crown - but unlike the Italian, who was promoted to a works Yamaha ride in WSBK for 2021, Aegerter is set to remain in the intermediate class for a second season.

While he is hopeful of an eventual 2023 graduation, Aegerter admitted his frustration that a dominant title run that yielded 10 wins was not enough to convince a WSBK team to take a chance on him.

"I'm a little bit disappointed because some weeks ago you could see I could be champion, also with 10 wins, and every rider wants to go up, whether it's MotoGP or Superbike," Aegerter told Motorsport.com. "I tried everything but I had no chance to go.

"I don't know if it's because I'm Swiss or because I'm 31 years old, but next year I will stay [in SSP] in the same team and I hope we can move up together to World Superbike with a factory bike [in 2023]." 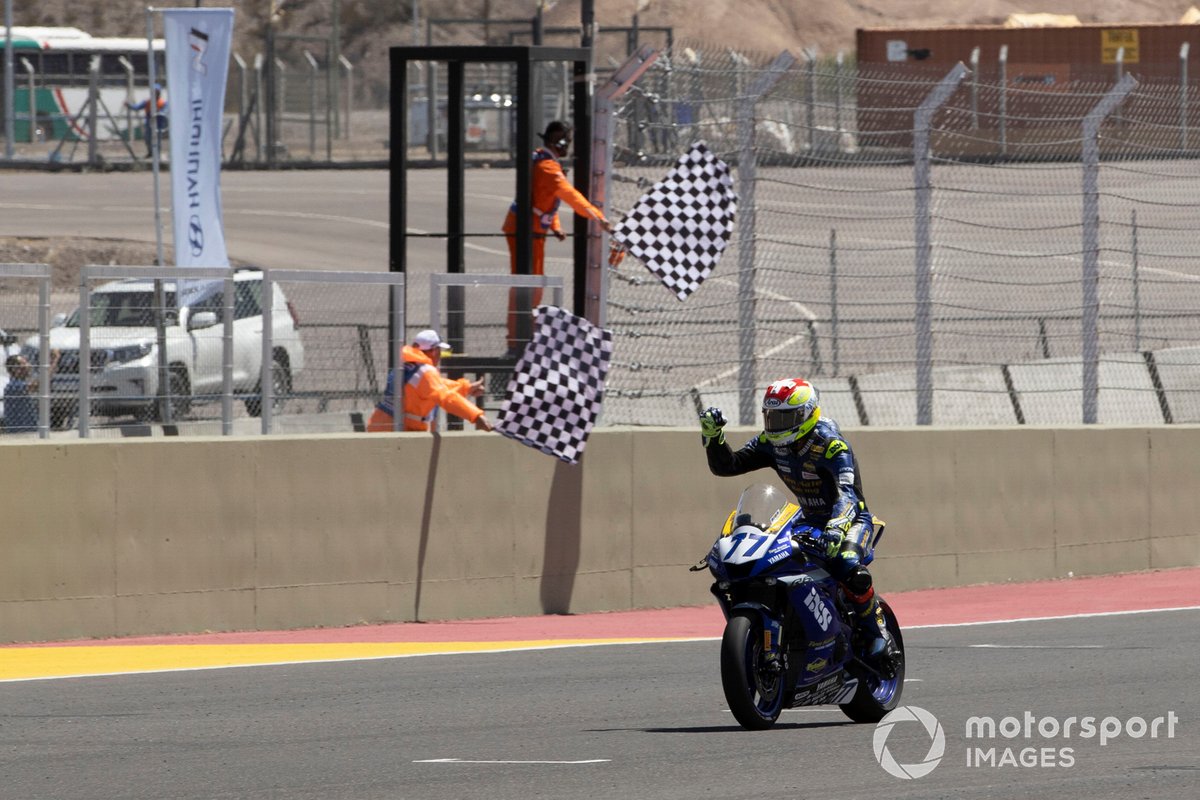 His highest championship placing was fifth, which he achieved in 2013 and '14, but he scored just a sole win in the intermediate class at the Sachsenring in the latter season, losing a second at Misano in 2017 owing to a disqualification for a technical infringement.

Aegerter switched to the MotoE class in 2020, finishing third in the standings, and combined his commitments in Supersport this year with a second campaign in the all-electric series that even forced him to skip the Barcelona SSP round.

"It's very emotional because many people think it's an easy life, but it's a hard job," said Aegerter. "I trained every day to achieve this moment and there are many people who support me, sponsors, the team, family.

"This season we could put it all together and I achieved my dream to be world champion. We had very difficult years, and this sport is very dangerous with [the chance of] injuries and stuff like this. To be world champion is something very big. It's unbelievable."

As things stand, only Sammarinese youngster Luca Bernardi has secured a deal to move up from Supersport to WSBK in 2022 after signing a two-year agreement with satellite squad Barni Racing.