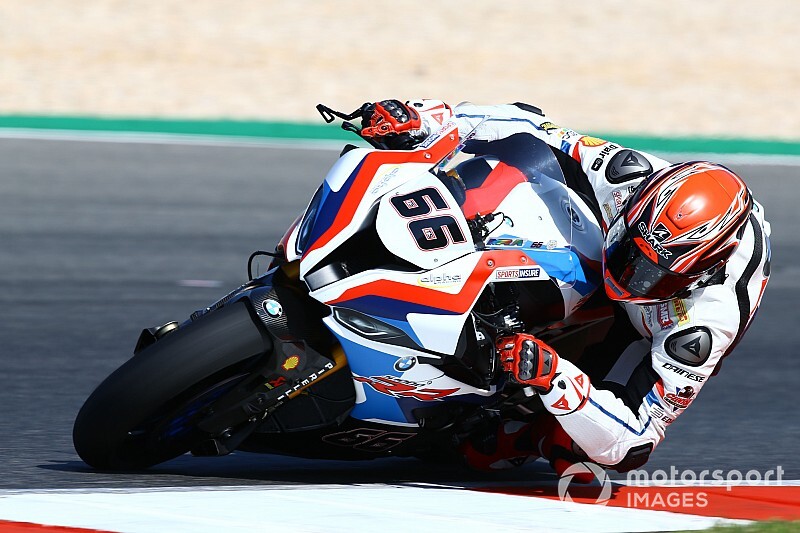 Tom Sykes will remain with the factory BMW World Superbike team next season after the Shaun Muir Racing-run outfit elected to activate its option on the 2013 champion.

Former Kawasaki rider Sykes lies eighth in the current standings, having so far scored three podium finishes and one pole aboard the all-new S1000RR bike.

The Yorkshireman was widely expected to be staying at BMW for a second season, and team boss Shaun Muir has clarified that an option the squad held on Sykes' services has been activated.

"As expected we have taken the option in Tom contract and extended it for a further year, this is good for our continuity and for the development for the BMW S1000RR," said Muir.

"We hope that we can we progress further up the grid and fight for regular podium finishes in 2020."

Sykes will partner Eugene Laverty at BMW for the 2020 campaign, the Northern Irishman moving across from the Go Eleven Ducati team.

"I’m very excited and proud to be continuing in to the 2020 season with the BMW Motorrad WorldSBK Team," commented Sykes.

"After such a successful year so far with the all new BMW S1000RR, which is still very early in its development gives me great motivation moving forward.

"I really enjoy the development part and we are certainly moving in a strong way. Of course, with the support from the whole of the team and the prestigious BMW brand my expectations for the 2020 season will certainly move higher and back to where I feel most natural.

"I will also take this moment to welcome Eugene onboard, I am looking forward to having him as a teammate for 2020."

BMW becomes the second factory team in WSBK to finalise its rider line-up for 2020 after Ducati, which has announced Scott Redding and Chaz Davies for next season.