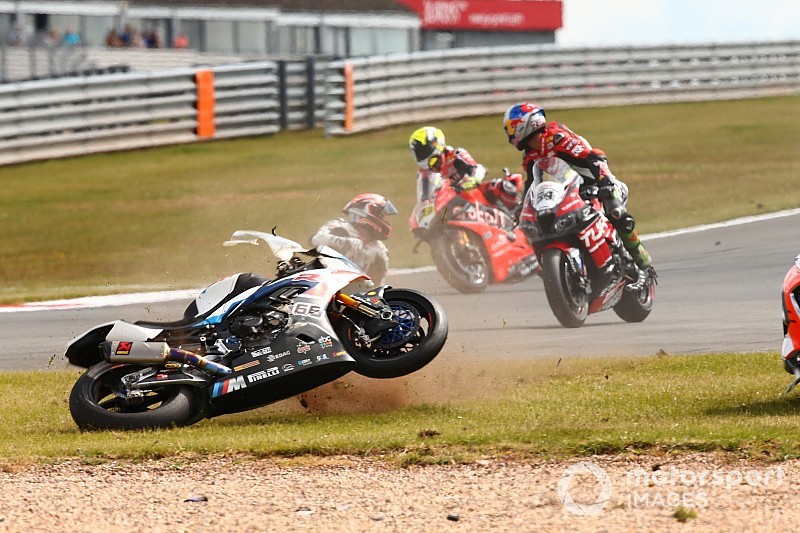 BMW World Superbike rider Tom Sykes says the situation on track at Donington Park's Melbourne Loop which led to his crash and exclusion from the Superpole race was “a joke”.

Sykes's teammate Peter Hickman's – who was standing in for the ill Markus Reiterberger – bike expired on lap seven of Sunday's sprint race, leaving oil on track which led to a mass crash.

The race was subsequently red-flagged and the result declared, with Sykes second behind Jonathan Rea and ahead of Toprak Razgatlioglu.

All three were caught up by the oil on the cool down lap, with Sykes going down, and was soon stripped of second for failing to make it back to the pits within the required five minutes.

“I saw the oil flag on the inside of the Melbourne Loop there,” Sykes told Motorsport.com. “But then at that moment, there's a parked car at the edge of the tarmac, there's all these riders, bikes and marshals everywhere.

“So I looked up to try to understand if someone was coming on track, and like I said I hit the oil.

“It was shit ton of oil, Jonathan almost crashed, I unfortunately crashed, Toprak almost crashed. I wasn't far off going into the side of the car, my bike almost collected a marshal. I just think it's a bit of a joke.”

Sykes was forced to start race two from 10th instead of second, and feels this “robbed” him of a podium, while branding the ruling as “harsh”.

Rea sympathised with Sykes, while also admitting he didn't see an oil flag until he approached the accident site.

“I seen red flags all around the circuit, so I feel really bad for him... He was in no-man's land, not a chance [he could have reacted]. There was that much oil, it was massive.”

“I'm not going to say anything negative about the marshals, because without any of them we don't race,” he added. “So I really appreciate their support and hard work so we can race.

"But you cannot see the oil if you're on the bike. So if there was somebody there even just pushing you towards the inside of the track.

“Tom was going slow, but you're still going maybe 30mph. A little bit of common sense wouldn't have been a bad thing.

“There was a flag at the chicane, but oil flag can mean fluid, a danger on track. It's a blind entry to the Melbourne Loop, so when you get there it's already too late.” 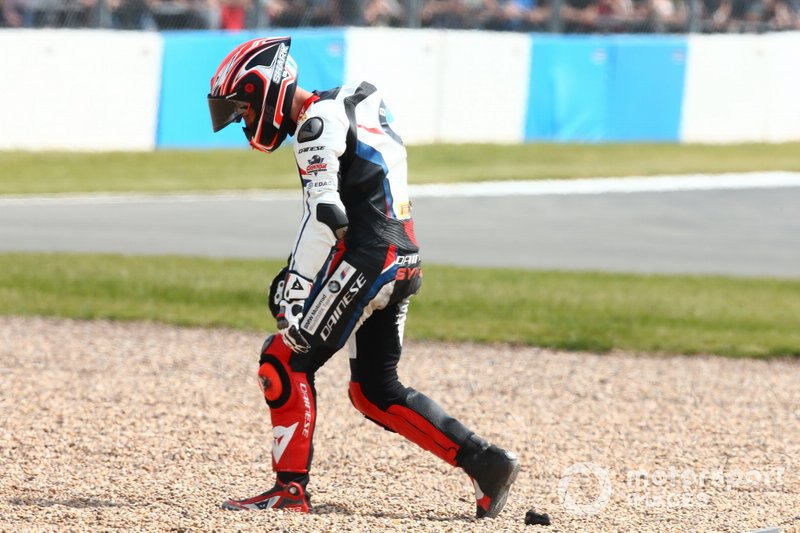