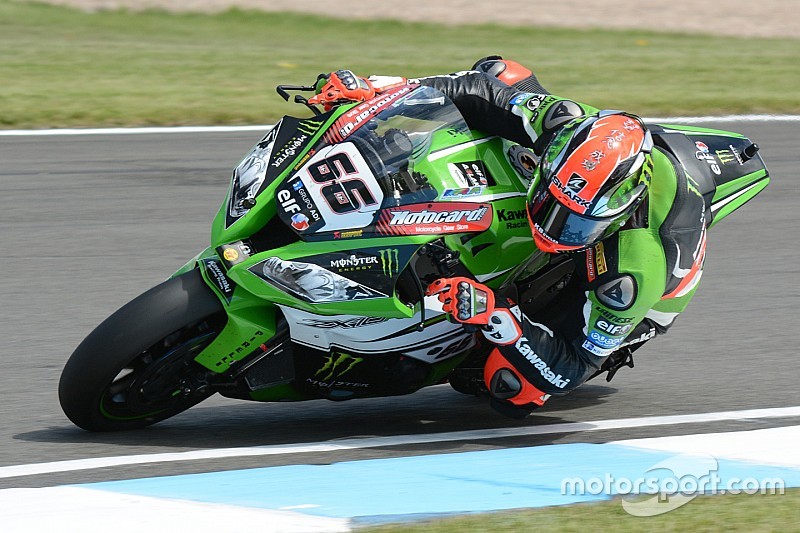 The opening race of the day at the Misano World circuit “Marco Simoncelli” was won by Tom Sykes (Kawasaki Racing Team) who converted his 27th Pole Position into his 25th career win – his third of the year in front of an enthusiastic Italian crowd. In doing so he once more tied his teammate Jonathan Rea for both number of wins and podium finishes.

Leading from the start, Sykes led all 21 laps, coming home ahead of team mate and championship leader Jonathan Rea and Chaz Davies (Aruba.it Racing – Ducati SBK Team) who delighted the Italian fans around the circuit with an incredible final lap duel for second position. Davies lunged past Rea into the final corner only to run wide, being passed again on the run to the flag by Rea.

Davide Giugliano put the second official factory Ducati into fourth, the Italian running second for the majority of the 21 lap encounter before being overhauled by the British pairing of Rea and Davies in the final two laps. He did however claim a new lap record, which he set on lap 3.

Leon Haslam (Aprilia Racing Team – Red Devils) was unable to show the pace he had in qualifying coming home fifth, 0.1s ahead of the returning Max Biaggi (Aprilia Racing Team) who had a steady ride to finish sixth. The six time World Champion survived a heart stopping moment on the opening lap when he collided with Sylvain Guintoli (Pata Honda World Superbike Team).

Jordi Torres (Aprilia Racing Team – Red Devils) was running in the leading group before crashing at turn 3 on the third lap. The WorldSBK rookie was physically annoyed with himself as he walked back to the pits.