Tom Sykes has hit out at GRT Yamaha’s Garrett Gerloff for a “thoughtless and reckless” move that wiped out both BMWs at the start of the first World Superbike race at Magny-Cours.

The German manufacturer stunned the field during qualifying for the French round of the championship, with Eugene Laverty taking pole from teammate Sykes in wet conditions ahead of the Kawasakis of Jonathan Rea and Alex Lowes.

But any hopes of a dream result for BMW were shattered when Gerloff hit Sykes’ bike into Turn 1, causing him to slide off the track and take Laverty along with him.

Although the stewards deemed it as a racing incident and Gerloff himself crashed out later in the race, Sykes was clear who was responsible for the incident that dealt a double blow for BMW after its first pole since the Phillip Island opener.

“For the team to get a 1-2 in qualifying was great,” Sykes said. “I think the pace we had for the race was looking very strong but unfortunately that was not meant to be. It is a shame that both the BMWs got taken out in the way they did, only a couple of hundred yards from the start line.

“It was a thoughtless and reckless move from Garrett, and it has left our boys a lot of work to do on both sides of the garage overnight. Unfortunately, we have had our fair share of bad luck this year and it is one of those days.”

Laverty felt Gerloff cost him a potential first podium finish of the season and that the American rookie was wrong to take such a tight line into Turn 1 to overtake Sykes.

“After the fantastic qualifying we had pole position and I was feeling optimistic ahead of race one. My aim was to bide my time and see where we ended up,” Laverty said.

“Our aim after the great qualifying session was to get that podium, so starting from P1 gave us the perfect chance to do that.

“Unfortunately, that was not the case after getting taken out in a crash caused by Garrett Gerloff. I am really angry about this crash because in a wet race like this to go in at the angle he did at T1 is not really the smart thing to do."

The two BMWs got another chance to start from the front row in the Superpole race on Sunday after an overnight rebuild of their bikes, but both Laverty and Sykes were mysteriously off the pace, the two dropping outside the top 10 by lap 4.

Laverty eventually crossed the line outside the points in 15th, while Sykes was forced to retire from the race with three laps to go.

BMW made changes to the chassis geometry of their bikes to combat the issues the riders faced, but Sykes and Laverty could finish only 10th and 14th respectively in the final race, capping off a disappointing weekend for the marque.

“After such a good feeling with the bike all weekend, on Friday and Saturday, in the wet conditions, today was a major letdown,” Laverty said. “The bike never felt the same.

"Right from the first lap of the morning’s warm-up, I’ve been having issues, particularly on corner entry and mainly in the right corners so we have to investigate, check that there isn’t something out of line after the huge crash yesterday.

“So let’s investigate, make sure that the bike’s correct for Estoril and try to finish the season on a high.” 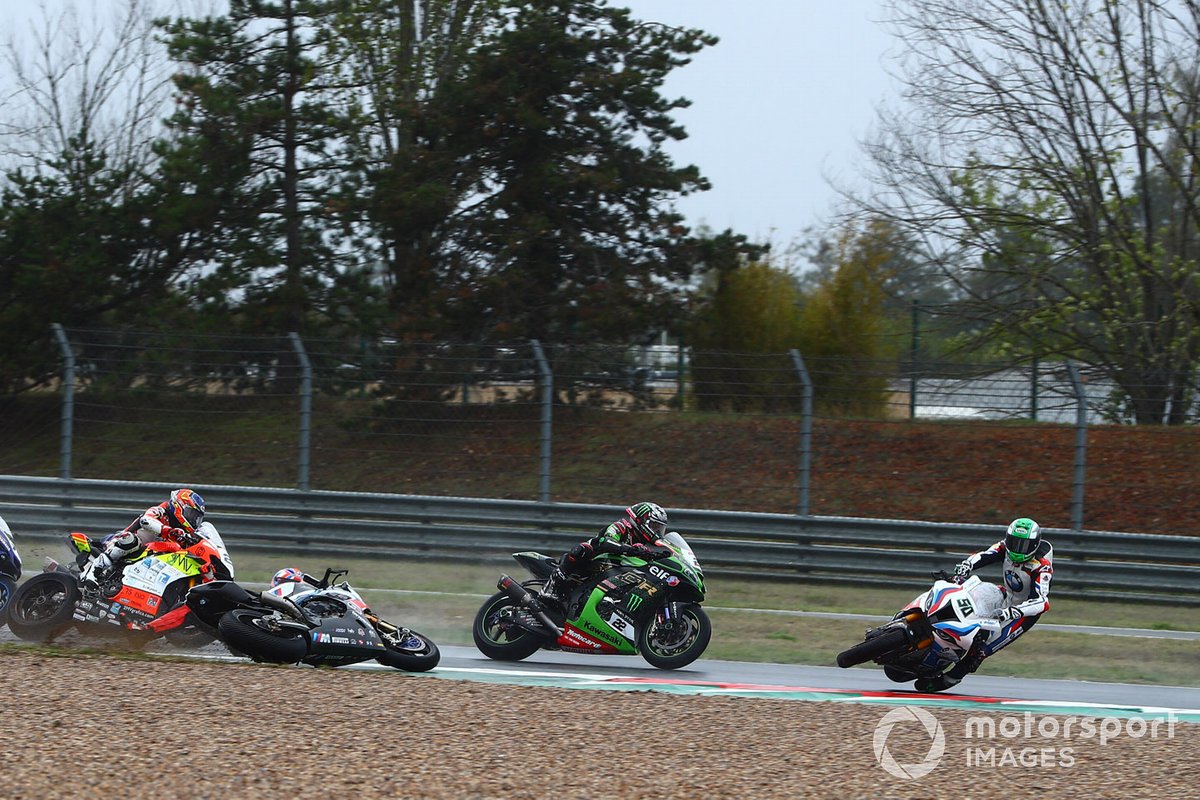 Redding wanted to "prove a point" with Magny-Cours win

BMW rider Laverty out of Assen WSBK round due to injury