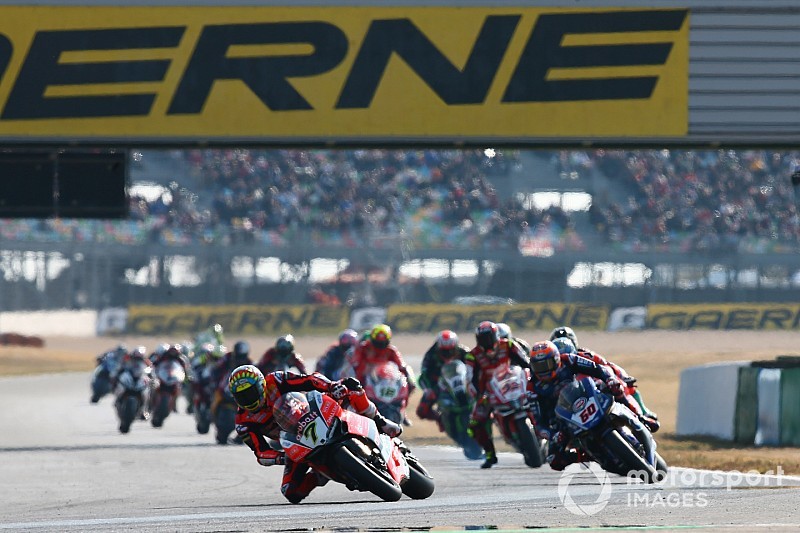 World Superbike has clarified details of how its switch to a three-race weekend format in 2019 will work.

It was announced in October that the production-based series would add an extra race to its weekend structure, responding to widespread criticism about the existing two-race format that has been in place since 2016.

Former WSBK champion Neil Hodgson is among those to have spoken out against the decision to move the weekend's opening race to Saturday, saying it was boring for spectators.

"The whole thing of racing on Saturday is embarrassing, when you’re at an event," Hodgson told Motorsport.com earlier this year. "By 3.30pm on Saturday, everything is done."

Now WSBK has revealed that the additional race on each weekend will be known as the 'Tissot Superpole race', to be held on Sunday before the traditional second race.

The usual points system will be in place for Saturday's Race 1 and the finale on Sunday.

Because of the extra race, qualifying has been condensed into a single session, signifying a shift away from the MotoGP-style two-part qualifying used in recent years.

This will determine the grid for Race 1, while the starting order for Race 2 (which is now the third race of the weekend) will be determined partially by the result by the 'Tissot Superpole race'.

The top nine finishers from the sprint event will form the first three rows of the Race 2 grid, with the rest of the grid, from 10th onwards, determined by Saturday's regular qualifying session.

The number of practice sessions has also been cut from four to three, with two taking place on Friday and one on Saturday.

Laguna Seca keeps place on WSBK calendar after all