Torres: I need to change my riding style for BMW switch 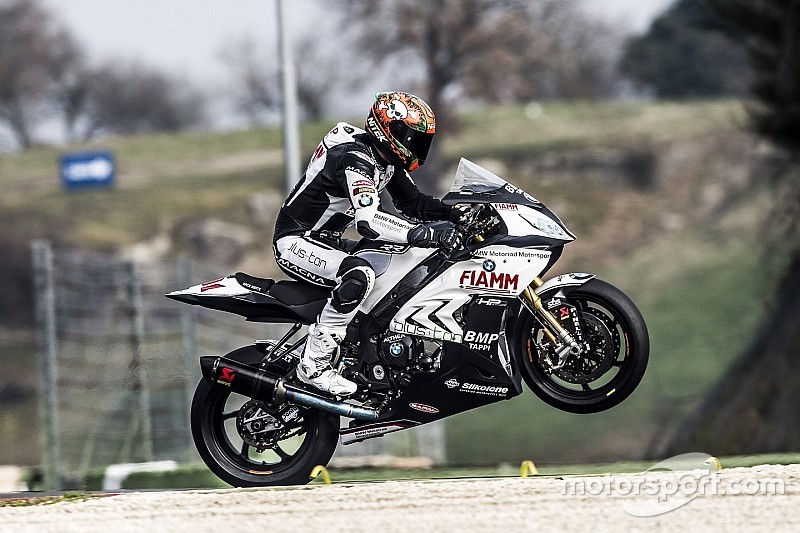 Althea Racing's new signing Jordi Torres has admitted to having difficulties with the team's BMW bike in the two-day test at Vallelunga.

Long-time WSBK team Althea Racing, which served as Ducati's factory team in 2010-2012 and took Carlos Checa to the crown in 2012, has traded its pair of Ducati Panigale Rs for BMW S1000 RRs for the upcoming campaign.

Torres, 2015 season's top rookie aboard a factory Aprilia, was the team's big-name acquisition in the off-season, and has admitted he will take some time getting used to the new machinery.

”These two days [at Vallelunga] have been black and white, a bit like the team’s colours, because I still need to learn how to ride and what the bike is asking of me,” said Torres.

”I need to change my riding style and I need time to learn the direction to take. But all of this has taught us a lot and was important for today, which went a lot better right from the outset.”

The team's other new signing - two-time IDM Superbike champion Markus Reiterberger - has already done six WSBK races aboard a BMW, and appears to have had little trouble adapting to the bike.

”[Day 2 of the test] was a great day for me, particularly with the sun as yesterday was really cold and in those conditions we couldn’t make the most of our time or complete all of the necessary tests,” the German said.

”I’m really happy with the atmosphere in the team too, another element that is working well – we’re becoming one big family.”

The Aruba.it Racing - Ducati team starts its 2016 campaign with a two-day test in Portimão