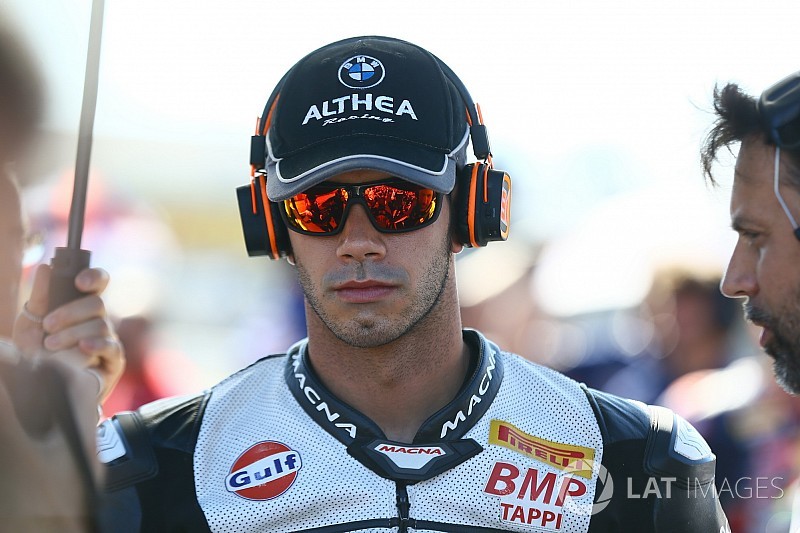 MV Agusta has selected Jordi Torres as replacement for the Honda-bound Leon Camier for the 2018 World Superbike season.

Torres joins MV Agusta on a one-year deal with an option to extend it for 2019 as well.

The 30-year-old Spaniard will end a two-year tenure as the lead rider within the Althea BMW squad.

Torres was sixth in WSBK last year, but is only ninth in the current campaign with a round to go.

His move to MV Agusta also means that MotoGP refugee Loris Baz won't join the Italian manufacturer, as the team is set to continue as a one-bike outfit.

MV Agusta has raced with one rider, Camier, since the team entered WSBK during the 2014 season, the Briton having been a consistent top-six finisher throughout 2017.

The team is also set to continue in World Supersport, but its current rider PJ Jacobsen is reportedly closing in on a WSBK deal with a new Honda team.