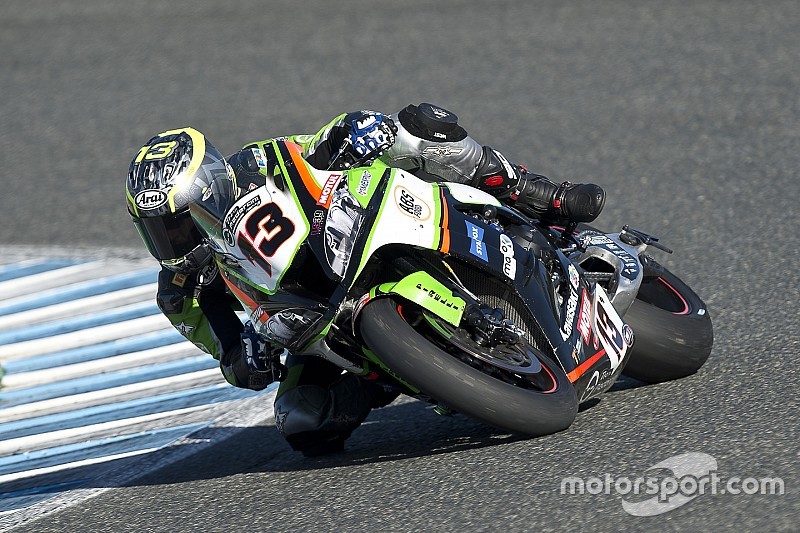 Veteran Australian racer Anthony West will rejoin the World Superbike championship for the remaining four rounds of the 2017 season, it has been announced.

West, 36, replaces Randy Krummenacher at the one-bike Puccetti Kawasaki squad, starting with this weekend's Portimao races, with the Swiss rider out due to a right wrist injury.

The former Kawasaki MotoGP racer has raced in World Supersport this season with his own EAB West Racing team, and currently lies seventh in the points standings with a best result of third at Phillip Island.

He also contested six rounds of last year's WSBK campaign with the Pedercini team as a stand-in for the injured Lucas Mahias, and the previous year made a series of MotoGP cameos as a substitute for Karel Abraham.

"I am very happy with this opportunity to return to World Superbike riding a Kawasaki with a strong team like Puccetti," commented West.

"I would also like to thank my EAB West Racing team for understanding my needs and giving me the chance to take this opportunity.

"I'm excited to finish the season with a new bike and a new I'm looking forward to arriving in Portugal, and getting to know the Puccetti Racing team."

Puccetti is set to expand to two bikes for the 2018 WSBK campaign, with one of the seats earmarked for Superstock 1000 front-runner Toprak Razgatlioglu.

Former WSBK stars Leon Haslam and Sylvain Guintoli, who both race in British Superbikes currently, are among the names that have been linked to the vacant second bike.

Sykes ruled out of Portimao after fiery FP3 crash