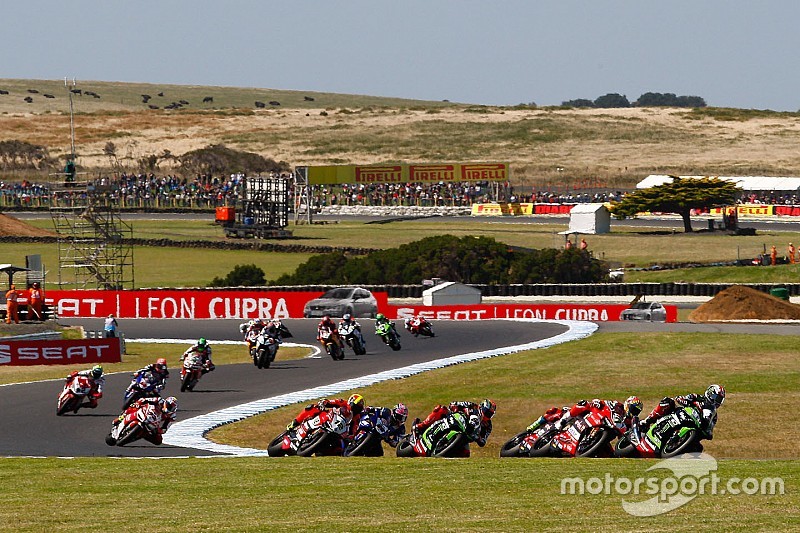 Plenty of changes are afoot in World Superbike this season in a bid to improve the spectacle after three years of Kawasaki and Ducati duopoly. But can they make the title race more exciting? Lewis Duncan investigates.

The ever-tightening grip of Kawasaki and Jonathan Rea over the past three seasons has resulted in the fire fading from this once-great World Superbike Championship.

Of the 26 races held in 2017, Rea won 16 of them on his way to a record third straight world crown and second on the all-time World Superbike winners' list, while taking away double champion Colin Edwards' record (established in 2002) for most points scored in a single campaign for good measure.

Of the remaining 10 victories, Ducati's Chaz Davies took seven on his way to the runner-up spot in the standings, the second KRT of 2013 champion Tom Sykes grabbed two, while Davies' teammate Marco Melandri secured the final one.

Only the Crescent-run works Yamaha effort and the independent Puccetti Kawasaki (running superstar wildcard Leon Haslam at Donington Park) team made it onto the podium alongside WSBK's dominant duo.

And this was despite the introduction of a partially reversed grid format for Sunday races, all of which were won by a rider starting from the third row – more often than not, that rider (for which read, in most cases, Rea) hitting the front after just a couple of laps.

After Ducati and Davies came on strong in the latter half of '16, expectation was high that the Welshman might challenge the Rea/KRT juggernaut. Alas, numerous errors and injury meant those hopes were well and truly dashed by the middle of the season.

The sheer predictability of Rea's dominance has led to a dwindling trackside attendance and a shrinking fanbase watching from home. It is because of this, the path the series has chosen to follow in 2018 is that to the great unknown. 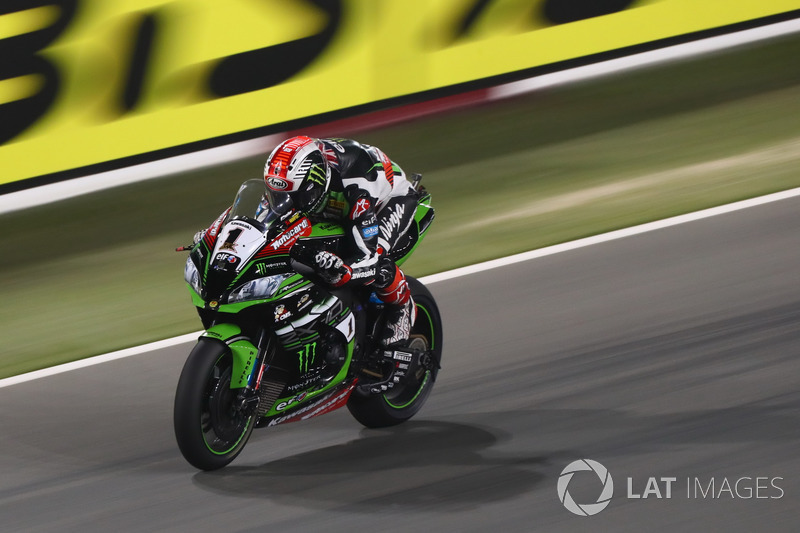 In a bid to bring Kawasaki and Ducati's dominance to an end, series promoter Dorna and the FIM have decided on a major shake-up to the technical regulations by introducing an adjustable rev limit as well as a concession system for engine development.

Each manufacturer starts with a set rev limit based on the previous year's performance, to be adjusted after every three rounds. Determined by an algorithm which calculates various factors, should a manufacturer be deemed to have a distinct advantage over the rest it – along with its customer outfits – will lose a further 250rpm.

On top of that, freezing engine development for the successful runners should create enough of a penalty to keep the field tight. That is the theory, anyway, and it is one which brings with it a moral dilemma: how far is too far when it comes to a world championship?

"That's kind of my question mark with the new regulations. At what point do you stop limiting the teams that turn up with the better effort, the riders who have more talent? I think that is a number that nobody knows – you can't put a number on that.

"I think it will make the spectacle more exciting, but I'm very much in two minds about it and I hope they've done their homework at Dorna, because if I'm riding on track and somebody who I believe has less talent than me is at least racing me or beating me, then it becomes a little bit of a joke at that stage." 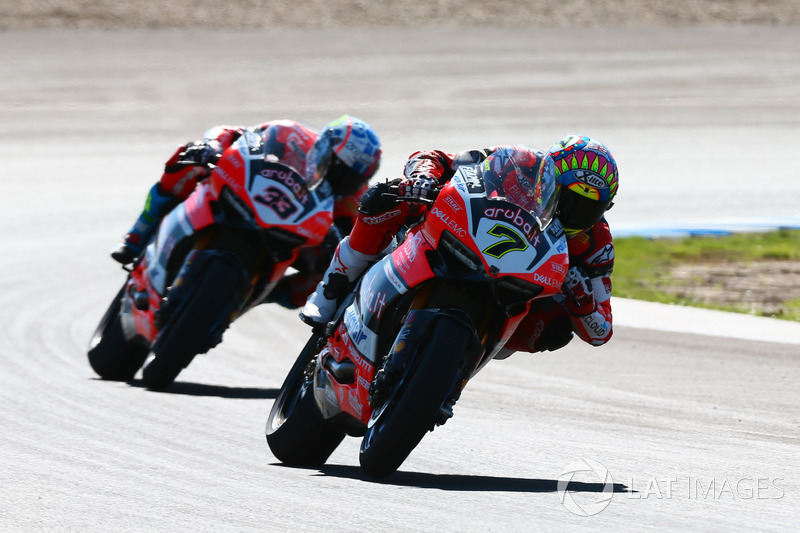 But a top team will always be a top team, and regardless of any rule tweaks, a three-time world champion and one standing on the edge of greatness will still take a herculean effort to topple.

"Whatever you do, whatever the rules are, [Kawasaki] are gonna be at the front with the two riders they have and the team they have," Yamaha's Alex Lowes said.

"If somebody else was to win the championship, it wouldn't be fair that they could then say 'oh, well, if the rules didn't change for Kawasaki [you wouldn't have won]'. I don't think that's the case."

Lowes' prediction looks frighteningly accurate. Despite a ruleset aimed at hindering it, Kawasaki seems to have flourished under these changes, the updated ZX-10RR fastest on all four days of testing at Jerez and Portimao.

If anything, the new bike is exactly what Rea has been after for a while.

"Not really, no," the Northern Irishman said when asked if the rules have forced him to change his style. "I mean, once I get my head around the gear changes are a bit closer together...

"I adapted very, very quickly, we were very fast the first time we rode the bike, and the actual engine that KRT has produced is maybe even a step forward for me with my riding style because the power is in a bit of different area; it's a bit 'torquier' and a bit more what I've been requesting from the bike for a while.

"So, yeah, I'm actually quite surprised that we got it good quite early. I mean, we have to understand it in a race situation, how it's going to pan out, but first impressions are very positive."

Teammate Sykes, "pain in the arse" injury from his fiery Portugal crash aside, has also found the new ZX-10RR to be just what he is after. Suffering as a result of the changes to throttle bodies and batteries last year, the Sykes of old looks to have returned.

Ducati, meanwhile, have had a harder time adjusting its Panigale R – the final time it will use this bike in WSBK – to the new rules. The twin-cylinder Ducati never had "big revs up top", as Davies put it, so the lowering of their limit has been a bigger hit to the Welshman and Melandri.

To make matters worse, Davies is still battered and bruised from a testing crash at Jerez in November; his shoulder and wrist taking their time to heal. 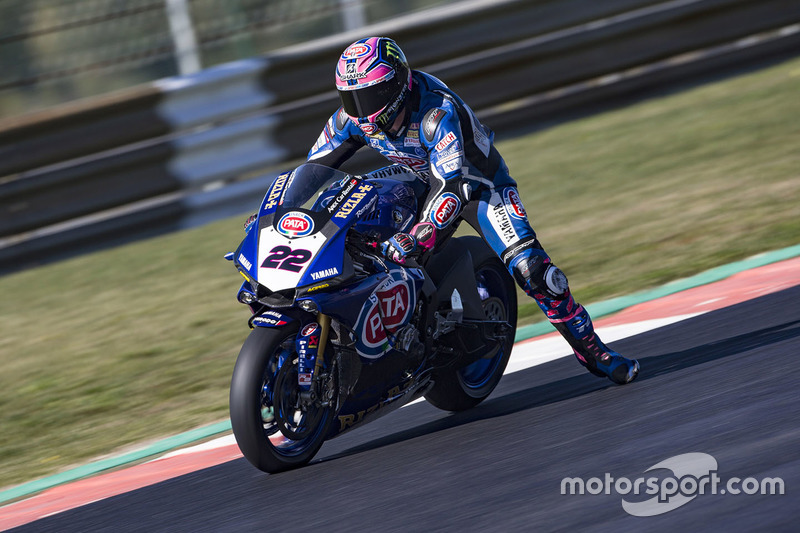 Reasons to be cheerful?

So with KRT still looking near-untouchable and Ducati on the back foot, surely this can't bode well for an exciting season? New Honda Ten Kate signing Leon Camier doesn't think so.

"I think the year is going to be the closest I've seen, especially from testing times," the former British Superbike champion assured. "You look at all the race times that people can do on race tyres, I'm expecting the first race to be 10 people in the front group.

"There's so many people here on the same times on race tyres, it's ridiculous."

And Camier could well be one of them. Honda has had a massive personnel reshuffle over the winter – with there even being hints of more communication between the Ten Kate team and Japan – as it looks to move on from its torrid and tragic '17 campaign.

Camier's ability to extract the absolute maximum from the decrepit MV Agusta in recent years makes him the ideal rider to lead the Honda charge this year.

Testing has been positive, the bike displaying "some crazy strong points". The chassis still needs work, he admitted, and it will take some time for the 'factory' team to get the Magenti Marelli electronics race-fit. But he is nevertheless optimistic.

Fellow Briton Lowes is also confident, and many believe Yamaha showed potential enough towards the end of last year to be strong this season regardless of a rule change.

Focusing mainly on race pace and getting his R1 to feel more confident into the corners in testing, Lowes is likely to be the man leading the charge against Rea.

Perhaps teammate Michael van der Mark will make it a two-pronged Yamaha attack, and he will have to show more in 2018 after a lacklustre maiden year on the R1 by his standards.

Where the Shaun Muir-run Milwaukee Aprilia squad fits into the equation remains to be seen. Testing has been low-key so far, with neither Eugene Laverty or Lorenzo Savadori inside the top five at Jerez or Portimao.

This is not surprising, though, as consistency over long runs - Milwaukee's Achilles' heel in '17 - took priority. 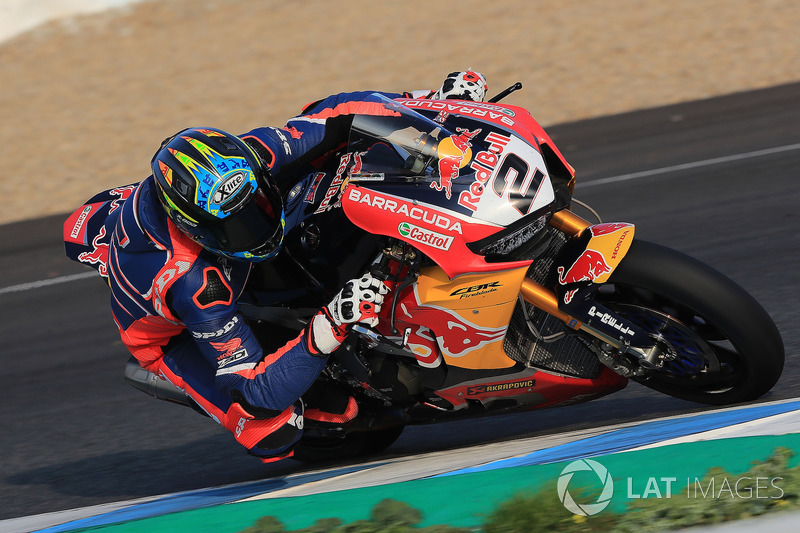 The real surprise could come in the form of one of WSBK's rookies, as 2017 European Superstock 1000 runner-up Toprak Razgatlioglu has done nothing but impress on his customer Puccetti ZX-10RR throughout the winter.

Setting a time just six tenths shy of Rea's fastest in Portugal on a race tyre, the Turk could well bring Manuel Puccetti much delight this year.

With the rules regarding cost caps on factory parts, Puccetti has a bike almost identical to that of KRT. And with Razgatlioglu being advised by five-time Supersport champion Kenan Sofuoglu and WSBK's main man Rea, Puccetti could well prove to be a major ally for KRT.

And perhaps Rea may need that help. Now firmly established as WSBK's greatest rider this decade, five more wins and one more title will see him tied with series legend Carl Fogarty.

You feel this is something of an inevitability, despite the rule changes - not that Rea is paying any attention to this fact, for he is all too aware the battlefield this season is not devoid of combatants.

"Honestly I really don't think about records like that," said the 31-year-old. "Of course, it's nice if you achieve it, but for me it's just about trying to keep enjoying riding the bike and letting things happen.

"It's kind of the mentality I've gone through these last years and it seems to... the more I think about records or championships or targets, it sort of gets away from you.

"So I just try and enjoy it with my team and keep improving. I mean, now I'm 31 years old, there's younger, fast kids coming through. I always have to look at myself and try to improve." 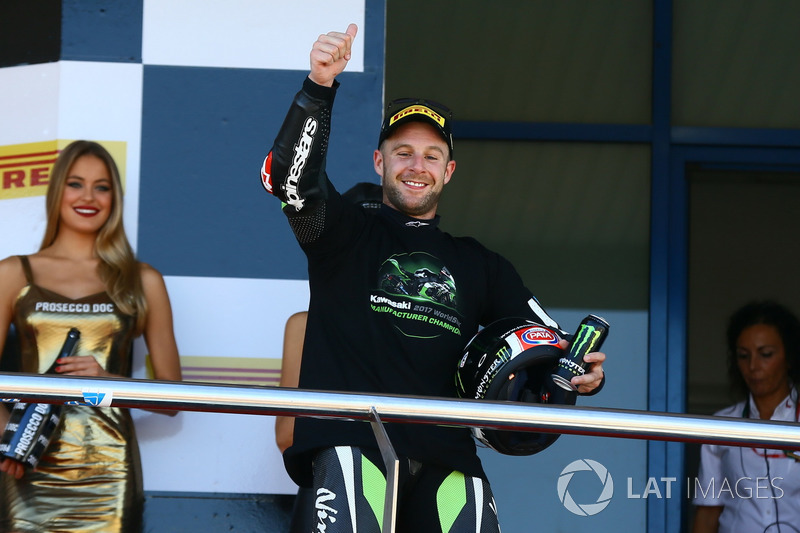