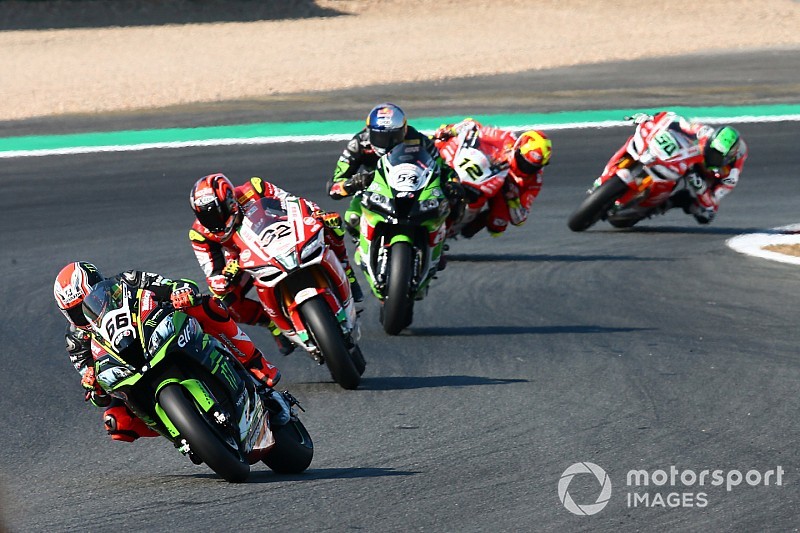 World Superbike has revealed a provisional entry list for the 2019 season comprising 18 riders.

The entry list contains few surprises, with the only new name that hadn't previously been confirmed being that of Argentine racer Leandro Mercado, who returns with the Orelac Racing Kawasaki team.

He in effect replaces Gabriele Ruiu, who had been announced as a Pedercini Kawasaki rider alongside Jordi Torres - but is absent from the entry list issued on Friday.

Ruiu was instead named on the World Supersport entry list with the Cioiciaria Corse team.

The entry is split between five manufacturers: Kawasaki, Honda, Ducati, Yamaha and BMW. Of those, Kawasaki is the best represented with five bikes, followed by Yamaha and Ducati (four apiece), Honda (three) and BMW (two).

Aprilia is absent from the grid, following Shaun Muir Racing's switch to BMW machinery for the 2019 campaign.

Testing for the upcoming season will resume at Jerez on January 23-24, and continues at Portimao on January 27-28. Phillip Island plays host to the opening round of the season on February 23-24.