WorldSBK on the Adriatic coast of Italy for Round 8 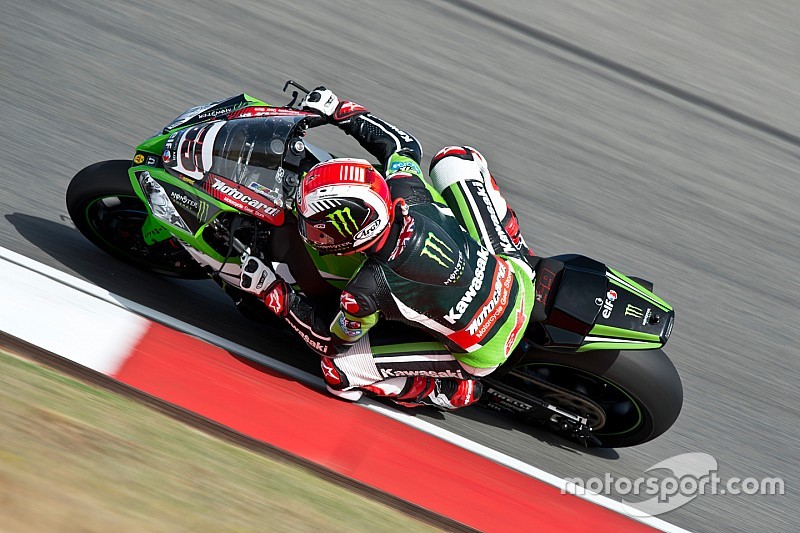 Great anticipation for the PATA Riviera di Rimini Round.

It has been no surprise that Max Biaggi’s return to competition has made worldwide headlines ahead of this weekend’s PATA Riviera di Rimini Round. After Troy Bayliss, Tom Sykes and Sylvain Guintoli, ‘The Roman Emperor’ becomes the fourth World Superbike Champion to grace the eni FIM Superbike World Championship grid this year. His first of two outings will be at Misano World Circuit "Marco Simoncelli" in Italy.

Misano first appeared on the WorldSBK calendar in 1991: a season remembered for the utter domination of Doug Polen. 24 years later, the series features a similar set of circumstances for Kawasaki Racing Team’s Jonathan Rea as the Portuguese holiday resort of Portimao is traded in for the popular Italian destination of Misano Adriatico – surroundings long since associated with top-level motorcycle racing.

Championship-wise, Rea’s lead cannot be considered as anything other than colossal. Indeed, a margin of 124 points over second-placed team-mate Tom Sykes is the largest gap ever witnessed between first and second position in the Riders’ Championship after the opening 14 races of a season. In order to clinch what would be the first title for a rider from Northern Ireland, Rea no longer needs to win any more races – second and third places would be enough between now and the Qatar finale. On the other hand, should he seal doubles the like of which he has done four times from the first seven rounds, he will win the crown by as early as Malaysia on 2nd August – three rounds and over two months before season’s end.

However, it is Biaggi’s return that is arguably most awaited. Can the title winner of 2010 and 2012 improve on the ninth place finish of Troy Bayliss in Thailand? As mentioned by 43-year-old Biaggi himself, this will be the reference. Spicing up the plot only further, World Superbike has the privilege of being the first World Championship to race on Misano’s new track surface, which has been installed by Dromo and will encourage more grip in wet conditions in particular; the previous asphalt was particularly slippery in the wet, as the rainwater mixed with sea salt from the nearby Adriatic Sea. One would expect a fully dry June weekend anyhow, but there is no doubt that the new surface will encourage riders to push only more, even if the net result is that lap times will inevitably fall this year.

Changes among the regulars

Amid the 2015 regulars, there are changes. Althea Racing has parted company with Nico Terol as Niccolò Canepa moves back to Genesio Bevilacqua’s team, with which he was second overall for EVO honours last year. Canepa’s seat at Grillini SBK Team has been taken for the round by 35 year old former World Supersport regular Gianluca Vizziello.

Not only will there be three factory Aprilias on-track, but a trio of Aruba.it Racing-Ducati Superbike Team machines as well; Chaz Davies and Davide Giugliano will be joined by test rider Luca Scassa, as the Italian rides for a factory outfit for the first time. A fourth BMW is added as former Superstock 1000 racer, 21-year-old German wildcard Markus Reiterberger, will compete with the VanZon Remeha BMW squad. He previously rode as a wildcard at the Nurburgring in 2013, scoring points in both races.