WSBK action resumes at Jerez for Round 10 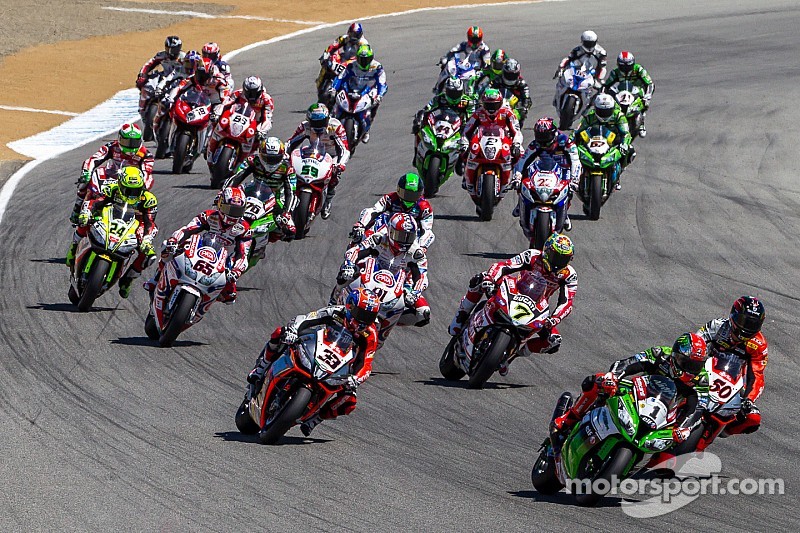 The second year in a row that the series heads to the Andalusian circuit.

Barcelona (Spain),  – The eni FIM Superbike World Championship returns to Jerez for the tenth round of the season. This is the second year in a row that the series heads to the Andalusian circuit, and the third time overall after a trip down to the south of Spain in 1990.

The track layout consists of a great mix of low, mid-speed and fast corners which, combined with relatively short straights, make the Spanish venue an exciting and challenging one that brings out the best in the riders and provides great racing.

Despite not being the circuit to host the season finale this year, as in 2013, the Spanish Round will once again play a key role in the title race.

Tom Sykes (Kawasaki Racing Team) heads to Jerez in a confident mood with excellent memories from last season, having proudly raised his first World Superbike Championship trophy at the end of a stellar year.

The 29 year old Briton currently sits on top of the standings with a significant 44 point lead over Sylvain Guintoli (Aprilia Racing Team), who needs to make up some ground in order to keep his title hopes alive. Both riders are looking forward to step atop the podium for the first time at Jerez, as Eugene Laverty (Voltcom Crescent Suzuki) won both of last year’s encounters on factory Aprilia machinery.

Laverty and his current teammate Alex Lowes showed great speed aboard their respective bikes in the three-day private test last April at Jerez, likewise Jonathan Rea (Pata Honda World Superbike) who, despite the 64 point gap to the top, is still mathematically in contention for the ultimate prize and is also well positioned for the runner-up spot.

It is the same situation for Loris Baz (Kawasaki Racing Team) as he is only 8 points behind Rea and 28 points away from second place. The young Frenchmanis still looking for his first win of the year after claiming eight podium finishes (seven of which were second places).

Marco Melandri (Aprilia Racing Team) hopes the summer break will not affect his momentum, as the experienced Italian rider came out victorious in Race 1 at Laguna Seca last month before crashing out while in the lead of the second encounter in the USA.

The former 250cc World Champion had a difficult time last year at Jerez dealing with an ankle injury sustained in a domestic accident. Melandri was close to winning the first race before Laverty made a spectacular pass on the outside at the final turn. The then BMW rider opted to sit out the second race due to the pain coming from his ankle joint.

Ducati Superbike Team’s Davide Giugliano and Chaz Davies are aiming high at Jerez, a track that should suit the improved 1199 Panigale R well. Both riders scored top-10 finishes last year at the Spanish track on different machinery, but were not in contention for the podium.

Those who also compete

After missing out the US Round due to the injuries suffered a week before at Portimão, Claudio Corti (MV Agusta Reparto Corse) will return to action at Jerez, where he has previously raced in both the MotoGP and Moto2 championships.

Team Hero EBR and their riding duo of Geoff May and Aaron Yates are looking forward to another new challenge, hoping to make a step forward and score their first championship points.

Despite the recent right-hand surgery he underwent at the end of July, David Salom (Kawasaki Racing Team – EVO) will take part in his home round to defend his 37 point lead from Niccolò Canepa (Althea Racing Team Ducati) in the EVO class. On paper the circuit characteristics may further level an already well balanced EVO field, meaning the battle for top honours of the category should be as close as ever.

Joining the fight once again will be Sylvain Barrier (BMW Motorrad Italia - EVO) as the Frenchman has recovered well from the heavy crash he had at Laguna Seca.