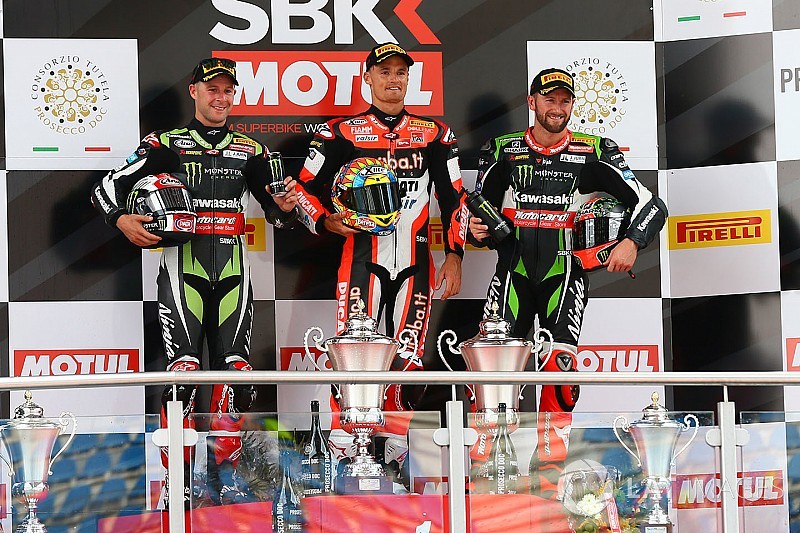 Since the end of 2014, when the likes of Frenchman Sylvain Guintoli and Italian Marco Melandri were regular winners, WSBK has been dominated by British riders Jonathan Rea, Chaz Davies and Tom Sykes.

Between them, they have won 65 of the 70 races held in the last three seasons, with another Briton, Leon Haslam, victorious in two of the remaining five.

This year, the top non-British rider in the standings - and the only one to have won a race - is Ducati's Melandri, and he is 163 points behind leader Rea.

Carrera admits that WSBK would benefit from riders of other nationalities featuring at the front of the field.

"It is true that we would like to have other nationalities represented in the top positions," Carrera told Motorsport.com.

"We should not forget that the broad representation of British riders in our championship is a consequence of powerful national championships - for example British Superbike, which generates talent in a country with long motorcycling tradition and heritage.

"An ideal situation would be to see always a local rider fighting for the win at his home round. Currently, this is a bit unrealistic."

Carrera added that WSBK is aiming to change its technical regulations so it is closer to those of national championships, so there is more representation of local riders in each round.

"We would like to be closer to the national championship tech regulations and encourage participation of the best national teams and riders at their local round," he explained.

"Making technical regulations a bit more affordable should contribute to encourage national wildcards during our events, also in our top category.

"This is important to increase value of the national championships and help organisers to promote the event and attract spectators to the circuit.

"National series are proud to feed our championship with teams and riders and to achieve that is a value for them."