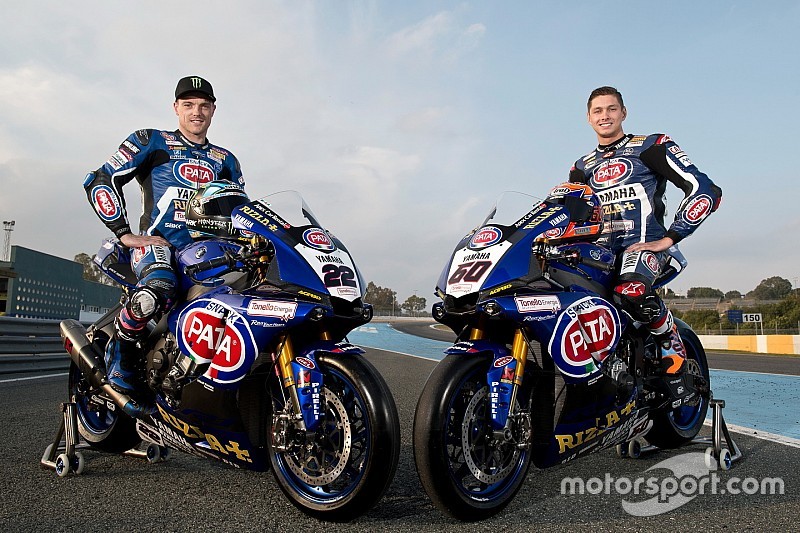 Yamaha's World Superbike team has officially unveiled the livery of this year's YZF-R1 ahead of the start of the 2017 season.

The Japanese manufacturer ended its involvement in WSBK in 2011, two years after it won the title with Ben Spies, but returned last year in a new tie-up with Paul Denning's Crescent Racing team.

Sylvain Guintoli and Alex Lowes were chosen as riders for the new squad, but the team endured a troubled season, as Guintoli was forced to skip five rounds after a major crash in qualifying at Imola.

The Frenchman later collected one podium finish at the season finale in Qatar, the team's only top-three result of the year.

While Lowes has been retained for 2017, Guintoli was replaced by Michael van der Mark for the forthcoming season.

It was Lowes setting the pace for the outfit during the pre-season tests, coming fifth and seventh respectively in the two days at Jerez and sixth at Portimao.

"The 2017 WorldSBK YZF-R1 is a significant step forward compared to the 2016 bike, and there is more performance to come," said team boss Denning.

"A huge amount of effort and dedication has been invested, and everybody involved in the project feels a positive sense of momentum as we approach the first race."

Yamaha's launch follows that of rival squad Honda on Monday, with Ducati and Kawasaki also set to reveal their 2017 challengers later this week.